Samsung has formally begun the recall process for its Galaxy Note 7 smartphone-cum-tablet, following reports that the battery can swell, rupture, and catch fire under normal use.

Originally due for release in the UK today following earlier international availability, Samsung has announced that it is delaying the launch and preparing to recall those handsets that have already been sold due to a serious flaw in the battery design. 'In response to recently reported cases of the new Galaxy Note 7, we conducted a thorough investigation and found a battery cell issue,' Samsung's statement explains. 'To date (as of September 1) there have been 35 cases that have been reported globally and we are currently conducting a thorough inspection with our suppliers to identify possible affected batteries in the market. However, because our customers’ safety is an absolute priority at Samsung, we have stopped sales of the Galaxy Note 7.'

The cases to which Samsung refers include incidences of the device catching fire, seemingly as a result of a flaw in the design of the battery. 'For customers who already have Galaxy Note 7 devices, we will voluntarily replace their current device with a new one over the coming weeks,' the company's statement continues. 'We acknowledge the inconvenience this may cause in the market but this is to ensure that Samsung continues to deliver the highest quality products to our customers. We are working closely with our partners to ensure the replacement experience is as convenient and efficient as possible.'

The recall is expected to add at least a two-week delay to the UK launch of the Galaxy Note 7. 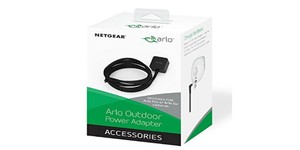