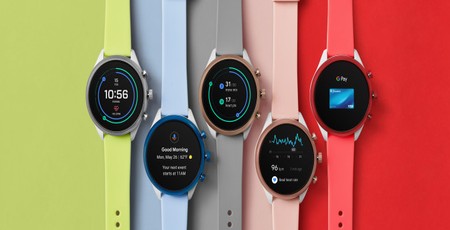 Google is to pick up intellectual property and a portion of the research and development team at Fossil Group in a deal valued at $40 million, as part of an apparent attempt to revitalise the flagging Wear OS smartwatch market.

Formerly known as Android Wear, Wear OS was designed to revolutionise the wearables market. Based on Google's Android platform, and primarily designed for use tethered to an Android-based smartphone, Wear OS includes functionality from customisable watch faces and fitness tracking to live mapping and voice-assistant capabilities. Its uptake, however, has been slow: After an initial rash of Android Wear products, slow sales saw several manufacturers leave the market, and those still in are typically still pushing older models without having launched anything new to replace them.

Google, though, doesn't look to be giving up just yet: The company has signed a deal with Fossil Group, which has produced several Wear OS devices in the past, to acquire selected smartwatch-related intellectual property and a slice of its research and development team.

'Fossil Group has experienced significant success in its wearables business by focusing on product design and development informed by our strong understanding of consumers' needs and style preferences,' claims Greg McKelvey, executive vice president and chief strategy and digital officer at Fossil Group, of his company's decision to exchange a portion of that success' foundation for cold, hard cash. 'We've built and advanced a technology that has the potential to improve upon our existing platform of smartwatches. Together with Google, our innovation partner, we’ll continue to unlock growth in wearables.'

'Wearables, built for wellness, simplicity, personalisation and helpfulness, have the opportunity to improve lives by bringing users the information and insights they need quickly, at a glance,' adds Stacey Burr, vice president of product management for Wear OS at Google. 'The addition of Fossil Group's technology and team to Google demonstrates our commitment to the wearables industry by enabling a diverse portfolio of smartwatches and supporting the ever-evolving needs of the vitality-seeking, on-the-go consumer.'

The deal, valued at $40 million, will see IP related to an unnamed 'smartwatch technology currently under development' and 'a portion of Fossil Group’s research and development (R&D) team currently supporting the transferring IP' come under Google ownership. While the actual headcount for the R&D team members making the shift hasn't been shared, Fossil has confirmed it will still retain over 200 team members.