Canonical has announced that it will be showing off a version of its Ubuntu Linux distribution capable of turning an Android smartphone into a fully-fledged PC.

Dubbed Ubuntu for Android, and due for formal unveiling at the Mobile World Congress event in Barcelona early next month, the release allows Android handsets with two or more processing cores to run Ubuntu Linux with the same applications as a desktop PC.

The system clearly owes a debt of gratitude to Motorola's Atrix: when in phone mode, the handset runs a vanilla Android experience. It's only when the device is connected to a docking station connected to a keyboard, mouse and monitor that Ubuntu Linux appears as if from nowhere.

The two operating systems run side-by-side, so there's no delay while the system switches from one to the other. Canonical has also confirmed that data is shared between the two platforms, meaning the full contacts database along with telephony and SMS/MMS messaging services are available in Ubuntu just as they would be in Android.

'The desktop is the killer app for quad-core phones in 2012,' claimed Canonical's Mark Shuttleworth at the announcement. 'Ubuntu for Android transforms your high-end phone into your productive desktop, whenever you need it.'

Sadly, there are a few caveats. Unlike the standard Ubuntu Linux distribution, Ubuntu for Android won't be made available for use by hackers and modders. Instead, Canonical is looking to interest original equipment manufacturers (OEMs) and original design manufacturers (ODMs) in licensing the software for inclusion in their upcoming smartphone designs.

As a result, it's unlikely that the software will appear as an upgrade to existing handsets. Rather, companies may choose to implement Ubuntu for Android alongside future releases of Google's popular mobile platform in upcoming smartphones.

Thus far, Canonical hasn't suggested that it has reached an agreement with any OEMs or ODMs yet. As a result, the picture the company paints in its promotional material of being able to ditch the laptop for a pocket-sized device that does everything you need isn't quite there yet. 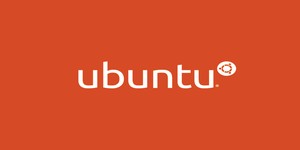 Shuttleworth launches at the mid-range. Meizu and mq to launch before year's end.