Apple is continuing its legal assault against baseband chip supplier Qualcomm with the filing of an additional two lawsuits in China, while Qualcomm has officially confirmed it's not daft enough to curtail the company's chip supplies in retaliation.

Qualcomm's most recent legal troubles began earlier this month when the US Federal Trade Commission filed suit alleging anti-competitive practices on three fronts: that the company enforced financial penalties should any of its licensees dare to shop around for competing products; that its standard-essential patents are not licensed under the required fair, reasonable, and non-discriminatory terms to its competitors; and that it had forced Apple into chip exclusivity between 2011 and 2016 using one-sided and unfair licensing conditions.

In case there was any doubt, Apple tacitly confirmed itself as the source of the original complaint to the FTC when it filed suit against Qualcomm itself, claiming that the company owned £800 million in payments being held as punishment for its cooperation with the FTC and other unnamed 'law enforcement agencies.' In the same suit, Apple accused Qualcomm of including demands in its licensing terms for royalty payments on patents it claims to hold as applied to technologies entirely unrelated to baseband processors, including 'TouchID, advanced displays, and cameras, [...] for no reason.'

Now, Apple is looking to get the Chinese courts to weigh in on the same matter, filing a pair of suits against Qualcomm's Chinese subsidiary. The first comes complete with claims for £115 million in damages for abusing its position as majority shareholder of the baseband processor market, while the second follows the FTC in alleging that Qualcomm is not licensing its standard-essential patents under FRAND terms.

Qualcomm, meanwhile, continues to dismiss Apple's claims, and in its most recent earnings call - a call during which the company admitted to missing projected earnings by a considerable margin, though had continued to grow year-on-year - chief executive Steve Mollenkopf confirmed his company wasn't so daft as to pull chip licensing agreements with Apple while the FTC was watching. 'We intend to remain a good supplier to Apple even while this dispute continues,' Mollenkopf claimed. 'Our preference is to resolve customer disputes with negotiation instead of litigation, so it’s regrettable Apple has taken this path.'

The Chinese courts have yet to comment on the filing, while Qualcomm's share price dropped a further 2.83 percent in pre-market trading on the news. Apple's share price, by contrast, has risen 1.69 percent since the first lawsuit was filed. 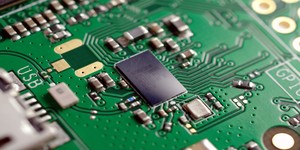 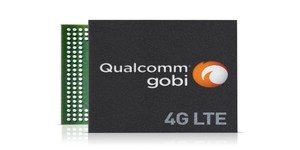