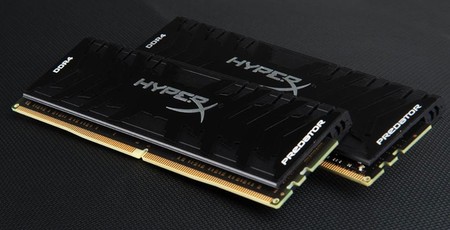 Kingston owned HyperX has announced that an overclocker has pushed some of its DDR4 memory sticks to achieve a new world record. Overclocking records and rankings site HWBot and CPU-Z verifies that an 8GB HyperX Predator DDR4 module managed to run at 7,156MHz. The overclocker who achieved this feat was Taiwan's Kovan Yang.

Yang's system was built around one of Intel's latest and greatest (or just latest?) Rocket Lake processors, the iGPU-less flagship Intel Core i9 11900KF. Both the processor and the HypeX RAM were cooled using liquid nitrogen. In one of the pictures shared by Yang you can see the frosted cooling pots sitting atop of these hot components, with absorbent tissue used in places to prevent condensation running onto the motherboard. While the RAM was pushed to a world record-breaking 7,156MHz, for this particular record attempt the CPU was underclocked by nearly 60 per cent. Other key components of the system included; an MSI MEG Z590i Unity motherboard, a GeForce GT 710 GPU for basic video output duties, and an equally underwhelming 64GB SSD boot drive.

In other recent HyperX news, this gaming arm of Kingston is to be sold off to HP, since an agreement was inked back in February. However, Kingston is going to retain the  DRAM, flash, and SSD products for gamers and enthusiasts, but I'm not sure if they will be rebranded once the deal is finalised.