The consumer PC arm of tech giant Lenovo has denied locking alternative operating systems out of its Yoga family of laptops, but evidence suggests the presence of a very deliberate BIOS lock for exactly that purpose.

Lenogo's Yoga 900 and 900S convertible laptops, boasting what Lenovo describes as 360-degree hinges designed to easily convert between laptop and tablet modes, are available with a bloat-free variant of Windows 10 installed known as Windows 10 Signature Edition. These machines have been tempting those looking to ditch the factory-fitted operating system - and, in the case of Lenovo's consumer offerings, possibly with very good reason - in favour of alternative operating systems such as GNU/Linux or a BSD variant.

Unfortunately, it turns out that's not possible. Users have taken to social media to complain that the storage device in these laptops is locked into a RAID mode - an odd choice for a single-drive system - which is exclusively compatible with Windows 10 with the installation of a Lenovo-penned driver module. Those attempting to install any other operating system - including older versions of Windows - find the storage device entirely absent from the list of places on which to install said operating system.

'Our Yoga design requires very specific, complex and unique drivers that require even greater amounts of testing, to ensure class-leading performance with Windows 10. To support our Yoga products and our industry-leading 360-hinge design in the best way possible we have used a storage controller mode that is unfortunately not supported by Linux and as a result, does not allow Linux to be installed,' Lenovo has claimed in a statement on the matter, published late last night. 'Beyond the controller setup limitation, other advanced capabilities of the Yoga design would likely not work with current Linux offerings. Lenovo does not intentionally block customers using other operating systems such as Linux on Yoga or any of its devices and is fully committed to providing Linux certifications and installation guidance on a wide range of suitable products.'

The trouble with Lenovo's explanation is that it doesn't hold water. The use of a RAID mode for storage devices has no impact on the clever-or-otherwise hinge mode. More tellingly, users have succeeded in modifying the stock BIOS to allow a previously unavailable AHCI storage mode to be selected - at which point installing any third-party operating system becomes entirely possible, and the laptop works perfectly during and after installation. Lenovo's statement also flies in the face of a comment received by an affected user from Lenovo's official support department, published to reddit as part of a complaint thread: 'This system has a Signature Edition of Windows 10 Home installed. It is locked per our agreement with Microsoft.'

Microsoft has previously toyed with device-locked licensing for low-end Windows machines, offering Starter Editions for netbooks and small-screen tablets entirely free of charge on the understanding that the manufacturer enables Secure Boot and other technologies which can make it difficult or impossible to install an alternative operating system. Lenovo's Yoga 900 and 900S, along with any other devices the company releases under the Windows 10 Signature Edition programme, appears to merely be the latest example of this. Lenovo, too, has form: it has long operated a BIOS whitelist of hardware on its ThinkPad range of devices, preventing the use of unapproved third-party upgrades such as Wi-Fi modules without the installation of a modified and unsupported BIOS.

While Lenovo's devices have been highlighted for this issue, if the block is truly part of Microsoft's Windows Signature Edition programme then all Signature Edition devices can be expected to behave the same way.

UPDATE 20160923 09:16
Microsoft has denied that its Signature Edition licensing terms include any requirement to prevent the installation of third-party operating systems. 'Lenovo recently adopted RAID on SSDs in certain product configurations, which require additional steps to support all system features,' a company spokesperson claimed in a pre-prepared statement to press. 'Recent claims about software installation issues related to Microsoft Signature are inaccurate.'

UPDATE 20161028 09:21
Lenovo has backtracked on its claim that the storage controller in the affected laptops does not support Linux, releasing a BIOS update which removes the BIOS block and reinstates the controller's AHCI mode as a selectable option. With the new bios and the storage controller set to AHCI mode, Linux - or another alternative operating system, including older versions of Windows - can be installed on the laptops without issue. 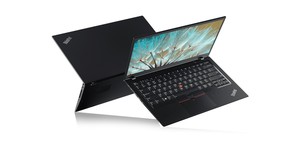