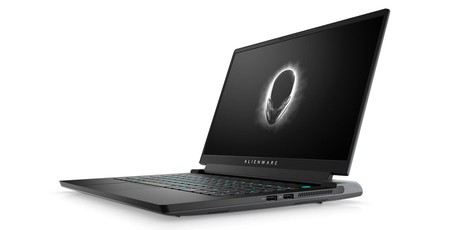 With the new Alienware m15 Ryzen Edition R5 you will be able to spec your processor from the AMD Ryzen 5000 H-Series, a choice of Ampere laptop GPU, and select from various memory and storage configurations. Two screens are going to be available initially as well; pick from a QHD 240Hz or FHD 165 or 360Hz panel. In the US you will be able to purchase an Alienware m15 Ryzen Edition R5 starting from 20th April, with configurations priced from US$1793.98.

Dell's new G15 gaming laptop line borrow the Alienware thermal design going forward as well as a new 'Game Shift' quick button access to superlative cooling when you need it most. Speccing one of these laptops will present you with a choice of AMD Ryzen 5000 Series CPU (note – not the H Series), but the only Ampere laptop GPU option is the RTX 3060 6GB. Screen options are a choice between an FHD 120 or 165Hz panel, and further cost-cutting is seen with the quad-zone RGB keyboard. Dell says that you will be able to but the G15 Ryzen Edition from 4th May, starting at US $899. An Intel version will be available too, at the same starting price, from 13th April onwards.