Sapphire teases the return of its Toxic GPU family 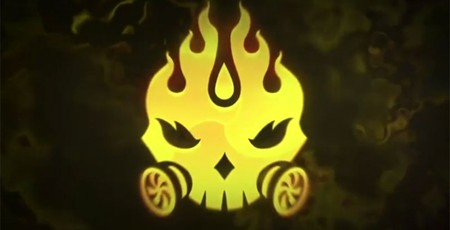 Sapphire Technologies is gearing up to launch some exciting new PC components and is stirring up its followers on social media platforms such as Twitter, Facebook, and Weibo. As Sapphire is a dedicated AMD graphics card partner it is certain that we are looking at the introduction of new Radeon RX 6000 series graphics cards.

The western favourite social media platforms such as Twitter and Facebook host Sapphire published teaser videos clearly indicating a new Toxic series graphics card is in gestation. This powerful premium series was last seen in the Radeon RX 390X back in 2015.

Considering the Toxic teaser video, embedded above, we can see it retains the signature black and yellow livery, but it is toned down and less cartoony than previous examples. It is hard to get an idea of the overall design from the sweeping angled close-ups. Nevertheless, the video clearly ends with a Toxic logotype of a flaming skull in a respirator.

The Chinese Weibo social media posts don't only appear to tease an upcoming Toxic revival but an Atomic one too. The Atomic series was last seen in 2013, and perhaps this brand is only being revived for East Asia, for now, of Sapphire's social media teams need to join up a bit better.

VideoCardz has been monitoring the Sapphire Weibo account teaser images, some of which I've reproduced above. On this platform Sapphire appears to be counting down to something, and the clock will hit zero tomorrow…

As you can see, Sapphire is drip-dripping feature images of a new graphics card. Above you can see the card's triple power connectors and RGB fans highlighted.

With the Toxic series being usually reserved for top-end graphics cards these teases are probably nothing to do with the next RDNA 2 graphics cards being readied by AMD, namely the Radeon RX 6700 XT (12GB) and RX 6700 (6GB) series.