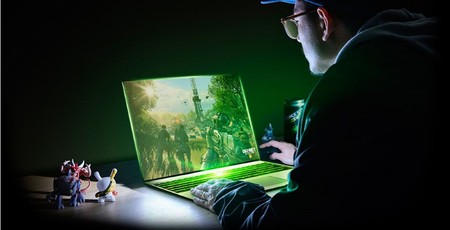 Nvidia has today officially lifted the lid on the GTX 1650, announcing it for both laptops and desktops at the same time while also confirming that the GTX 1660 Ti is coming to laptops too.

In an announcement that is timed to the minute to coincide with Intel’s own announcement regarding 9th Gen Core laptop CPUs, Nvidia says over 80 new laptop models featuring GTX 1660 Ti or GTX 1650 will begin rolling out today from different manufacturers, with prices expected to start at $999 for GTX 1660 Ti laptops (UK pricing not confirmed) and at $799 excluding tax in the US or £699 including VAT in the UK for GTX 1650 laptops.

The GTX 1660 Ti, of course, is nothing new, having first arrived as a desktop part in February. Using a fully enabled TU116 GPU built on a 12nm process, it features 1,536 CUDA Cores, 96 texture units, and 48 ROPs. It also includes 6GB of GDDR6 running at 12Gbps over a 192-bit bus for a total bandwidth of 288GB/s. While it uses the Turing architecture, it lacks the RT Cores and Tensor Cores of its more powerful Turing RTX brethren, and thus does not feature built-in support for accelerating ray tracing or AI workloads, though it still technically supports DirectX Raytracing (DXR) as of a recent driver update.

The new laptop implementation of GTX 1660 Ti is expected to offer ‘up to 4x’ the performance of the GTX 960M, which Nvidia reckons is a realistic comparison for those currently in the market for an upgrade. Nvidia also says that three quarters of GeForce laptops are using this GPU or lower. The GTX 1660 Ti for laptops is also said to be capable of playing at over 90fps on average at 1080p in games including Fortnite (‘Epic’ preset), PUBG (‘Ultra’ preset), and Apex Legends (with max settings).

On the desktop, GTX 1650 graphics cards have 14 Turing SMs enabled, giving them 896 CUDA Cores and 56 texture units. They will also support 4GB of GDDR5 over a 128-bit bus that offers 128GB/s of bandwidth thanks to a memory clock speed of 8Gbps. Base and boost clocks sit at 1,485MHz and 1,665MHz respectively, and the TDP is 75W, meaning it doesn’t require an external power connector. Pricing for this card will start at $149 excluding taxes or £138 including VAT in the UK.

For the laptop market, GTX 1650 offers 16 Turing SMs, giving it 1,024 CUDA Cores and 64 texture units, an increase of ~14 percent over the desktop card. It has the same memory type and amount, but the speed is listed as ‘up to 8Gbps’ meaning some may be less and would have less than 128GB/s bandwidth as a result. Again it’s the power envelope and clock speeds where differences will be most obvious. This part will have a TDP of between 35W and 50W, with base clocks ranging from 1,020MHz to 1,395MHz and boost clocks falling between 1,245MHz and 1,560MHz. It is said to offer over 2.5x the performance of GTX 950M and 1.7x the performance of GTX 1050 in laptops.

Both new laptop parts feature the Max-Q design and offer full support for Nvidia Optimus. They also support ‘G-Sync Compatible’, which is Nvidia’s way of saying they support FreeSync/VESA Adaptive Sync, so hopefully units with variable refresh rate screens will be widely available.

The existing GTX 1660 graphics card has been confirmed as not coming to laptops. Today has not seen any official information be revealed about the heavily rumoured GTX 1650 Ti, though if they are to be believed then the laptop variant of GTX 1650 will become the GTX 1650 Ti when brought to desktop.

Lastly, all GeForce GTX 16-Series parts – desktop and laptop – will qualify for the Fortnite Bundle, which will give buyers 2,000 V-Bucks and the male Fortnite Counterattack Set for use within the titular game. The promotion is set to expire on May 22nd. 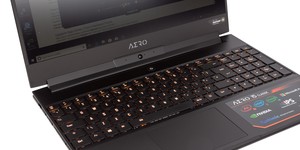 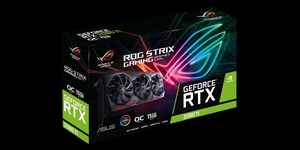 Cash waiting for those upgrading to new Nvidia boards. 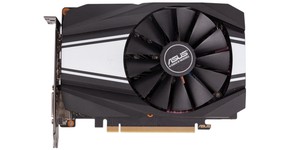