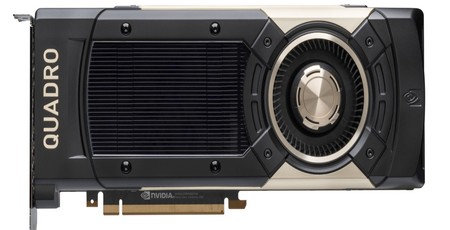 Unveiled during the company's annual conference late yesterday, the Volta-based Quadro GV100 is the company's first to support the recently-announced RTX technology for real-time ray-tracing - a rendering technique which projects and maps light rays in order to render a considerably more realistic scene than would be possible using other rendering methods but which has previously been the realm of non-real-time rendering using vast server farms owing to its computational complexity.

Based on the same Volta V100 processor as the previously-announced Tesla V100 accelerator, the Quadro GV100 comes with 32GB of high-bandwidth memory and is said to offer 7.4 TFLOPs of double-precision, 14.8 TFLOPs single-precision, and 118.5 TFLOPs of deep-learning-specific compute performance. For those who need more, two cards can be combined using Nvidia's NVLink interconnect system. Naturally, none of this comes cheaply: With the Tesla V100 having only half the RAM, no graphics outputs, and lacking RTX support yet costing £8,820 (inc. VAT) in the UK, the higher-specification Quadro GV100 is unlikely to cost any less when it launches in the UK in the coming weeks.

At the same time, Nvidia also unveiled the DGX-2 high-performance AI-centric system - the successor, if the name wasn't clue enough, to the DGX-1 it unveiled back in 2016. Where its predecessor packed eight Tesla P100 boards and had a launch price of $129,000, though, the DGX-2 packs two primary boards each with eight Tesla V100 cards into its surprisingly compact chassis for a total of 16 GPUs and 512GB of High Bandwidth Memory 2 (HBM2), plus two Intel Xeon Platinum processors, 1.5TB of RAM, 30TB of NVMe-based SSD storage, and dual 10/25GbE network connectivity for an eyebrow-raising $399,000.

Other announcements made by Nvidia during the event include a partnership with Arm to bring artificial intelligence and deep learning to Internet of Things (IoT) and embedded devices, a new simulation system for autonomous vehicle development, and new deep learning technologies. 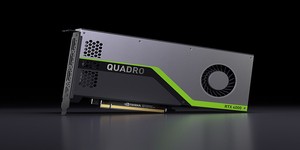 Cheaper, but not cheap. 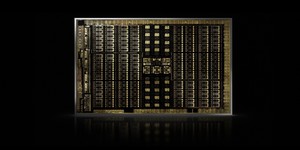 We delve into ‘the biggest architectural leap forward in over a decade’ - Tensor Cores, RT Cores, RTX-OPS, GDDR6, and more! 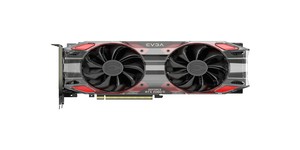