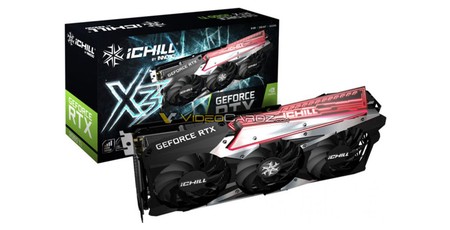 Bit-Tech has noted some quite solid evidence of an Nvidia GeForce RTX 3060 Ti graphics card being prepared behind the scenes previously. In recent hours the rumours and leaks have snowballed, with RTX 3060 Ti cards mentioned by diverse sources such as the EEC database, accidental premature Inno3D product page listings, and a few hours ago VideoCardz added some high octane fuel to this rumour fire with the publication of what it claims to be an "official Nvidia GeForce RTX 3060 Ti performance," slide. 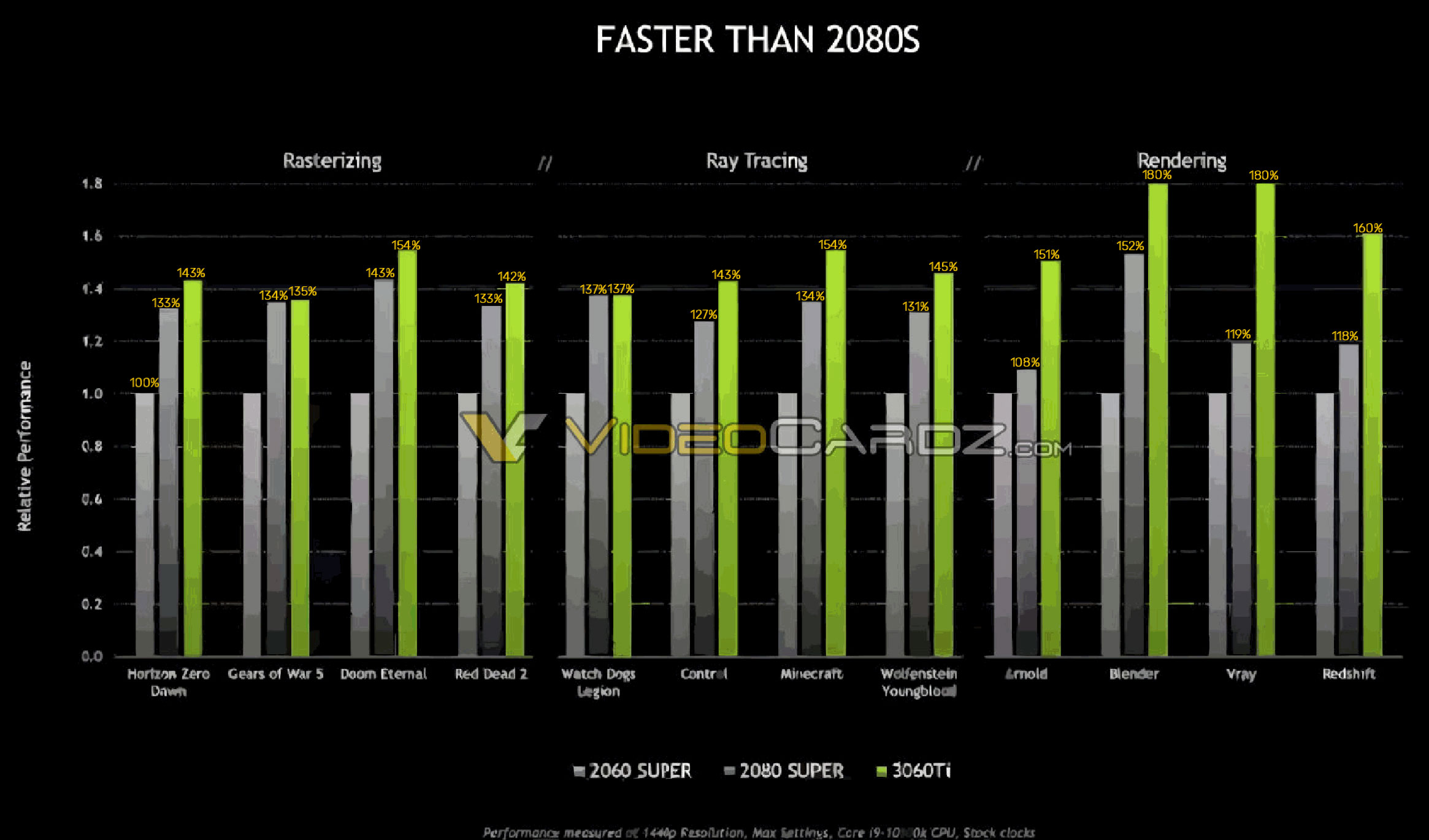 The slide shared does indeed look genuine and VC has a good track record for sourcing such slips, so let us take it at face value for now. The slide is a bit hard to read but if you click it - it should pop up at the original source resolution. If you are finding it hard to read the tiny text at the bottom of the slide, it explains that the gaming performance was measured at 1440p, max quality settings, on a system packing an Intel Core i9-10900K running at stock clocks.

Nvidia appears to have chosen the RTX 2060 Super as the previous gen equivalent to the new RTX 3060 Ti, and as you can see from the bar charts the Ampere GPU soundly beats it. In the gaming comparisons the new RTX 3060 Ti is between 27 and 54 per cent faster than its predecessor but the productivity gains are event better.

The other comparison Nvidia wishes to make is against an 'almost-flagship' from the Turing generation, the RTX 2080 Super. In the AAA games chosen - which include the likes of Horizon Zero Dawn, Doom Eternal, and Control – the new Ampere card is very often double figures percentage points ahead. Again for productivity apps using the rendering capabilities of the GPU the difference is even greater in the RTX 3060 Ti's favour.

In other recent GeForce RTX 3060 Ti leaks, Inno3D appears to have slipped on a huge banana skin and prematurely bashed the publish button for a pair of RTX 3060 Ti graphics cards that are ready to join its iChill and Twin X2 stables. Various forums and sites published snaps and images from the listings but Inno3D has since unpublished the product details.

As a reminder, the key features of the Nvidia GeForce RTX 3060 Ti are expected to be: a GA104 GPU, with 4,864 CUDA cores, a GPU boost clock of 1,665MHz, with 8GB GDDR6 memory providing 448GB/s bandwidth, in a 180-200W graphics card. Pricing is expected to be sub-$400, and the release date according to latest rumours is just a fortnight from tomorrow, on the 2nd December.