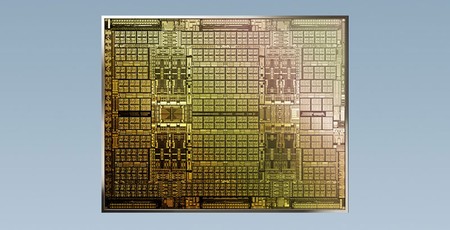 Nvidia will limit the cryptocurrency mining performance of an upcoming graphics card to try and make sure more of its GeForce products "end up in the hands of gamers". In a blog post the PC graphics tech leader said that the move to reduce RTX 3060 hash rates by half was made as it "designed GeForce GPUs for gamers, and gamers are clamouring for more." In a parallel move, Nvidia is seeking to appeal directly to those thirsty for GPU power to mine the likes of Ethereum, by launching a quartet of new Cryptocurrency Mining Processors, the Nvidia CMP line. When the GeForce RTX 3060 12GB is released on Thursday, 25th February its launch driver will limit it to limiting is hash rate, or cryptocurrency mining efficiency, by around 50 per cent. Nvidia plans to set this limit in the driver that will be required for using the card on Windows or Linux machines. It asserts that its mining limited is 'unhackable' but laying the gauntlet down to hackers like that might mean that this crypto-DRM isn't very long-lived.

Nvidia provides some background to its MH/s limiting. It says that the drivers are "designed to detect specific attributes of the Ethereum cryptocurrency mining algorithm, and limit the hash rate". Hopefully it hasn't provided too many clues for hackers to bypass the limiter for a few months. Please note that if you have an existing Nvidia GeForce GPU you use for mining its MH/s performance isn't going to be adjusted by new GeForce drivers.

In concert with the above software limiter, four Nvidia CMP products are going to be on sale this year. As you can see from the table, two are launching very shortly and the other two before mid-year. These solutions are designed for pro mining operations, with optimised mining performance and efficiency. Importantly the CMP product line won't impact the availability of GeForce GPUs, according to Nvidia, as "they don’t meet the specifications required of a GeForce GPU". One might assume they are GeForce GPUs that didn't make the grade in some way and have had their video output hardware disabled.

The hash rates for the CMP range aren’t that good when compared to GeForce GPUs. For example, an RTX 3060 Ti is capable of being tuned to run at 120W and achieve 60MH/s – better than all but the top-end Nvidia CMP 90HX model. Thus, Nvidia will have to indulge in some competitive pricing to make these CMP units the preferred choice of miners.

Nvidia GeForce board partners like Asus, Colorful, EVGA, Gigabyte, MSI, Palit, and PC Partner will all be putting together CMP product lines.