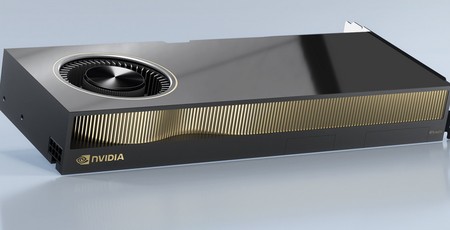 Nvidia has started its second GTX of 2020 by announcing two new graphics cards for professionals – the RTX A6000 and passively-cooled RTX A40 – as successors to Turing-based Quadro parts but without the Quadro branding.

As reported by Anandtech, the RTX A6000 will launch as Nvidia’s new flagship professional graphics card and finally sees the green team make use of a fully-enabled GA102 GPU, a trimmed version of which is used in both the RTX 3080 and RTX 3090. This gives it a CUDA Core count of 10,752, while Tensor Cores and RT Cores sit at 336 and 84, respectively. It also comes with a massive 48GB of VRAM, although it is of the GDDR6 variety running at 16Gbps instead of the 19.5Gbps GDDR6X used with the RTX 3090, leaving it with 18 percent less total memory bandwidth but double the memory capacity. The card will come with a full quartet of DisplayPort 1.4 connectors as well as an NVLink3 connector for multi-GPU purposes.

A second new RTX card with similar specs has also been confirmed: the RTX A40. Comprising the same fully-enabled GA102 GPU and 48GB of GDDR6 (this time at 14.5Gbps), the RTX A40 is passively cooled, designed for use in high-density servers. Despite that, Nvidia has opted to include display outputs for specific use cases, citing video trucks in the media and broadcast industries as an example of where a server-class card with display driving capabilities has been requested.

Missing from the specs is the boost speed and thus the associated performance levels measured in FLOPS. Both the RTX A6000 and RTX A40 will have a 300W power envelope, so boost speeds are expected to be similar.

The RTX A6000 is scheduled for a December 2020 launch, and the RTX A40 is set to arrive in Q1 next year. Nvidia hasn’t disclosed pricing, but given the $10,000 launch MSRP of the outgoing flagship, the Quadro RTX 8000, we wallets are already quivering in corners. 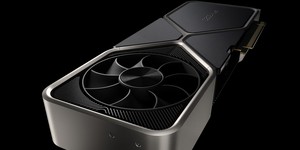 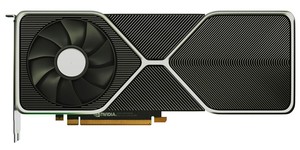