A switch from Samsung to Micron memory on certain Nvidia GeForce GTX 1070 graphics cards is reportedly causing issues for users overclocking their cards, with manufacturers beginning to release firmware updates to address the issue.

When hardware partners began replacing the Samsung memory modules on GeForce GTX 1070 graphics cards, users began noticing an issue: the new Micron chips weren't performing the same, causing graphical corruption when the idle voltage was below 0.8V. Even those running at stock clocks could find flickering or artefacts, though this appears to be less common.

Now, some manufacturers have confirmed the problem and have promised to release or have already released firmware updates to address the issue. A survey of manufacturers conducted by Guru3D has EVGA, Gainward, and Palit the first to make the updates available, while MSI has confirmed that it is currently testing its own patch before making it available to the public. Gigabyte, meanwhile, told the site that while it uses both Samsung and Micron memory it has received no reports of issues from its users and will only look into releasing an update 'if needed.' Finally, Asus and Galaxy/KFA2 have confirmed no patch is yet available, while PNY and Zotac have not responded to the site's request for comments.

Users with a GeForce GTX 1070 card wishing to know the manufacturer of their memory modules without having to take the lid off their case are advised to run an up-to-date copy of GPU-Z: cards with Samsung memory are unaffected by the flaw, while those with Micron memory may require the patch. Other models in the GeForce GTX range are not thought to be affected. 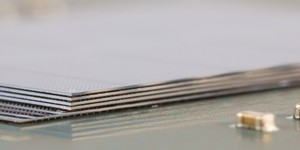