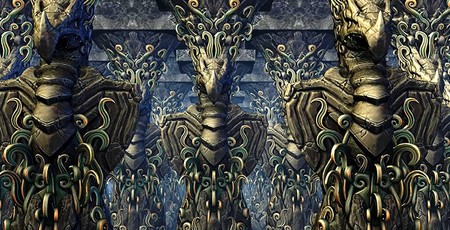 Intel Graphics boss Raja Koduri often drops Xe graphics news nuggets on his Twitter feed @Rajaontheedge. A few hours ago he published an intriguing and complex looking image on the social media site. Apparently, the image is a still from an upcoming 3DMark Mesh Shader feature test. Most interestingly, it shows "Xe HPG mesh shading in action". In case you have forgotten, Xe HPG is Intel's upcoming series of GPUs for PC gamers which will be a significant step up from the Xe LP graphics we have seen integrated in newer Intel CPUs and as the DG1 graphics card. 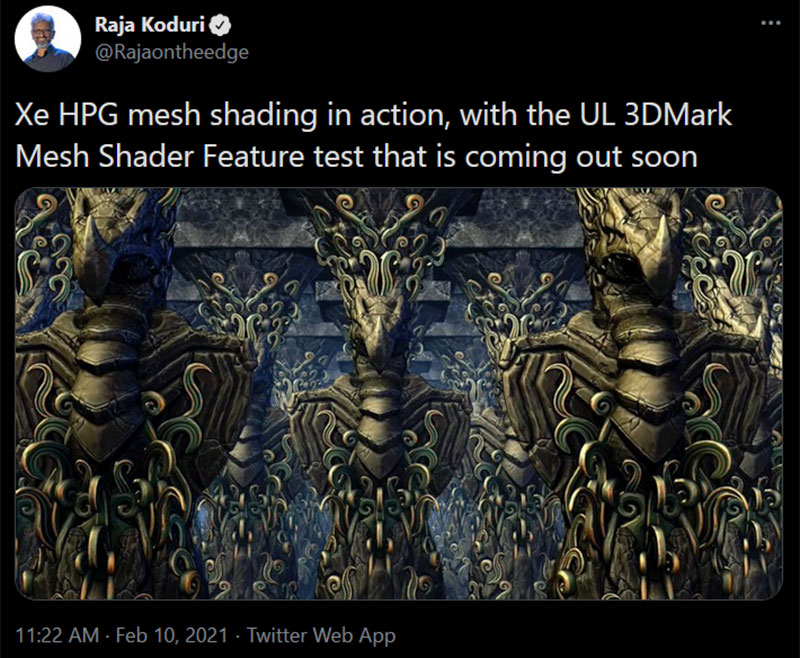 We only learned that Intel was working on the Xe-HPG GPUs last August, so it looks like good progress here, and PC gamers need an alternative gaming GPU architecture now more than ever before, some would say.

According to Intel's architecture day slides from last year Xe-HPG takes advantage of aspects of Xe-LP (efficiency), Xe-HP (scalability) and Xe-HPC (compute efficiency) to provide a Goldilocks (my words) solution for gamers.

Arriving likely as a discrete graphics card codenamed DG2, the first Xe-HPG GPUs are expected to feature up to 512 EUs, or 4096 shaders. Intel has previously confirmed that DG2 will leverage GDDR6 and we know it will support raytracing in hardware too. 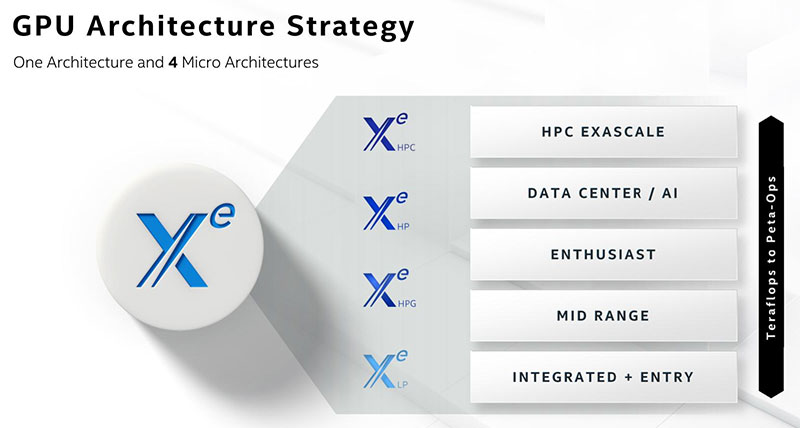 On the topic of the new Mesh Shader Feature test coming to UL's 3DMark, this tech has been supported by Nvidia since Turing and are part of the DirectX 12 Ultimate feature set on PC and Xbox Series X. Mesh Shaders should eventually replace current Input Assembler (IA), Vertex Shader (VS), Geometry Shader (GS), Domain Shader (DS), and Hull Shader (HS)  stages and are described by Microsoft as "the future of the geometry pipeline". Moreover it is said that mesh shaders are an important step forward that can make GPU programming more flexible and similar to compute-based programming.

While Xe-LP was built by Intel on its 10nm SuperFin tech, the upcoming Xe-LPG is rumoured to be destined for TSMC 7nm.