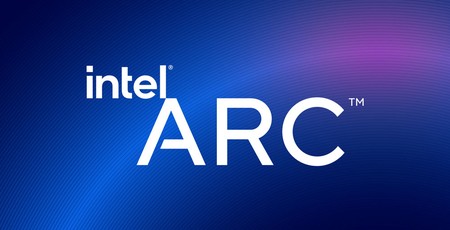 Intel has announced that it will enter the high-performance consumer graphics card fray with its Arc line of GPUs. The new Intel Arc brand will span several generations, starting with its Alchemist GPUs (formerly known as DG2) based on the first Xe-HPG architecture GPUs. We already know that Alchemist will be followed by next gen Intel Arc lineups dubbed the Battlemage, Celestial and Druid series.

In the above video you can see Intel's Roger Chandler, Intel VP and GM of Client Graphics Products and Solutions, introduce the Intel Arc brand, joined by several other enthused execs. Towards the end of this video (from about 3mins 10sec in) you can watch some tech demos showing mesh shading, variable rate shading, AI accelerated video enhance, and a range of big name games sunning "buttery smooth" on an Intel Arc graphics card. The current gen GPU must-have feature of real-time raytracing is demonstrated too, in Metro Exodus. Moreover, Intel ends the demo reel with a look at its AI accelerated super sampling (DLSS type technology). Intel's news blog post (linked top) doesn't really have much more for us to digest right now. The only other significant info is that we have a decently solid schedule – with the first products packing Intel Arc GPUs promised for Q1 2022. Between now and then, we should expect various teases and glimpses about what Alchemist can do. Rumours point to there being an eventual launch of up to six SKUs, ranging from a tiddler with 128EUs, to the top-end flagship with 512EUs.

Some more clues about what will come in the near/medium term are provided by recent Intel hire Anton Kaplanyan. Kaplanyan previously worked at Oculus Research, Nvidia Research (on RTX and DLSS), Lightrig, and Crytek R&D, and he has been on Twitter providing background about the Intel Arc announcement. He says there will be "more information is coming later this week," so stay tuned, to see if any major news nuggets of interest drop.