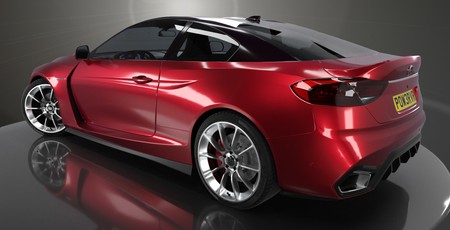 Imagination Technologies has officially readied its PowerVR-based ray tracing technology, unsurprisingly dubbed PowerVR Ray Tracing, for licensing, claiming a high-efficiency approach which can scale down to mobile and embedded platforms.

Imagination Technologies first demoed its PowerVR real-time ray tracing technology back in January 2016 during the Consumer Electronics Show. Like Nvidia's implementation, which uses the RT Cores available on selected Turing GPUs to accelerate the ray tracing calculations, Imagination's implementation was based around a hybrid renderer: The bulk of the scene was created using a traditional raster renderer, while ray tracing was used to add high-quality lighting and reflections. Unlike Nvidia's offering, which came more than two years later, this was achieved in a power envelope suited to mobile use while scaling up to high-performance desktop and workstation.

Since the demo, though, Imagination has been quiet about the technology - until this afternoon, when it announced that PowerVR Ray Tracing is now available to licence.

'Ray tracing today is where 3D graphics were just before we first introduced PowerVR GPUs for mobile,' claims Nigel Leeder, executive vice president for PowerVR at Imagination Technologies. 'The solutions in the market are fine for PC and console but don't offer the efficiency for mobile, AR [Augmented Reality], or automotive applications. Where Imagination's approach differs is that it is designed from the ground up for power efficiency with the ability to scale from battery-powered embedded designs to large-scale server farms. We are confident that ray tracing is going to happen across many applications, and in a "5G world" it is likely to be very disruptive. Our ray tracing architecture matches much larger and less power efficient solutions gigaray for gigaray.'

While Imagination's PowerVR Ray Tracing technology started as a feature of its in-house PowerVR graphics processors, today's licensable intellectual property (IP) is claimed to be compatible across a wide range of third-party GPU architectures. Those choosing to licence it can do so alongside a PowerVR GPU core or solus, and receive licences to the architecture itself, related patents, reference GPU integrations, and compatibility with Direct3D, OpenGL, OpenGL ES, and OpenCL APIs. Pricing, however, has not been disclosed.

More information on PowerVR Ray Tracing is available on the Imagination Technologies website.