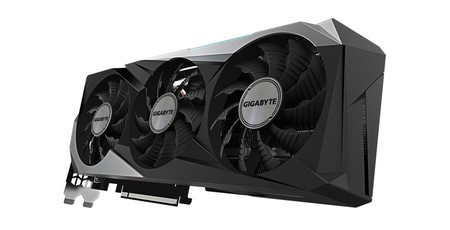 A report published on the continent reveals that the pricing of new graphics cards are at their most tempting since February. German language 3DCenter.org published its findings, culminating in a survey this weekend with data from etailers and retailers in Germany and Austria. As well as observing the cheapest prices for consumer RDNA 2 and Ampere GPUs since Feb, the research showed up some of the best availability that has been witnessed for a long time.

3DCenter is pleased to report that the pace of graphics card pricing drops has continued since its previous survey, which currently means that modern AMD and Nvidia GPUs are, on average, 'just' 53 per cent above their MSRPs. It says that this means this is still a bad time to buy a graphics card – but if the rate of pricing decline continues at its current pace, we could be seeing products at MSRP pricing within a month from now – which is quite hard to believe. An encouraging related observation is that stocks of the likes of the Radeon RX 6800, Radeon RX 6800 XT and the GeForce RTX 3060 Ti have been available in Germany and Austria for those willing to pay the 50 per cent plus impatience premium. It has been "a long time," since the RTX 3060 Ti was available in retail. If one looks at the data tables provided by the German tech site you will notice what should be a sweet spot price performance card is definitely not the best price compared to MSRP though. Check the 'Surcharge' row in the table below, and you can see the RTX 3060 Ti is, on average, listed at 91 per cent premium to MSRP. Better choices by this 'value' metric are probably the newer RTX 3070 Ti (34 per cent premium), or RTX 3080 Ti (25 per cent premium) – and they have widespread availability.

If you would prefer an AMD RDNA 2 graphics card, the nearest to MSRP offerings come at either end of the current RX 6000 series; the Radeon RX 6700 XT and RX 6900 XT. These are currently selling for 49 and 33 per cent above MSRP on average and have very good availability.

I've had a look at UK etailer stock (Amazon, Scan, CCL, Overclockers) and quickly concluded that availability isn't as good as what has been observed in Germany and Austria (particularly with the RTX 3060 Ti), but the pricing of the stock I found was pretty similar to levels seen in Germany/Austria.