The potential for real-time ray tracing has been a major talking point in 3D graphics ever since Intel announced its plans for the x86-based multi-core Larrabee discrete graphics chip at IDF in 2007. However, a new graphics company called Caustic Graphics reckons that it’s already uncovered the secret of real-time ray tracing with a chip that it says “enables your CPU/GPU to shade with rasterisation-like efficiency.”

Caustic’s management team includes previous employees of Autodesk, Apple, ATI, Intel and Nvidia, and the company has already developed a chip for accelerating ray tracing. Called the CausticOne, the new chip isn’t targeted at gamers, but is instead aimed at 3D professionals in the film, game development, automotive and consumer product design industries. This isn’t surprising, given that current gaming APIs are based on rasterisation, but Caustic is still making some impressive claims about its technology, while not being afraid to rubbish the efforts of other graphics companies when it comes to ray tracing.

“Some technology vendors claim to have solved the accelerated ray tracing problem by using traditional algorithms along with GPU hardware,” says Caustic, referring to companies such as Nvidia which recently demonstrated real-time ray tracing using CUDA . However, the company adds that “if you've ever seen them demo their solutions you'll notice that while results may be fast—the image quality is underwhelming, far below the quality that ray tracing is known for.”

According to Caustic, this is because the advanced shading and lighting effects usually seen in ray-traced scenes, such as caustics and refraction, can’t be accelerated on a standard GPU because of incoherent rays. Caustic explains that “primary rays will bounce and scatter secondary rays throughout complex scenes. These secondary rays may be incoherent (they reflect off in various directions) and it is these incoherent rays that are the key to creating the advanced effects required to achieve photorealism in complex images (numerous objects, refractive and reflective materials, rough surfaces).”

Conversely, Caustic claims that the CausticOne “thrives in incoherent ray tracing situations: encouraging the use of multiple secondary rays per pixel. Its level of performance is not affected by the degree of incoherence.” Explaining why traditional algorithms and parallel processing isn’t the best system for ray tracing, Caustic said that they “ignore memory bandwidth, cache performance and parallel compute utilisation. Only primary rays get a performance benefit with this approach.”

To accompany the CausticOne, the company is also introducing its own API, called CausticGL, which is based on OpenGL/GLSL. The API will feature Caustic’s unique ray tracing extensions, and Caustic says it will also “enable developers to developers to create industry-specific rendering solutions via their own existing renderer.” The company says that the CausticOne (which has 15 patents pending on the technology and algorithms used) basically off-loads raytracing calculations and then sends the data to your GPU and CPU, enabling your PC to shade a ray traced scene much more quickly.

The CausticOne is due to be released in April 2009, and Caustic claims that it will speed up the ray tracing process by an average of 20x. However, the company is making wilder claims about its second-generation Caustic product, due to be released early next year, which it says will offer “200x the speed over today's state-of-the-art graphics products.” According to Caustic, the huge speed jump is due to the company implementing its own patent-pending ray tracing algorithms in a piece of silicon.

Explaining the need for ray tracing acceleration, Caustic Graphics’ CEO, Ken Daniels said that "for years, 3D professionals in multiple industries have laboured under the yoke of slow iterations and unwieldy offline render farms." According to Daniels, "Caustic puts the power of a render farm, operating at interactive speeds, on every desktop, enabling designers and animators to get from concept to product faster, better and at lower cost."

Meanwhile, Jon Peddie of Jon Peddie Research was keen to congratulate Caustic Graphics on its new technology. "Demos have been done with 16 or more processors, super computers, and other esoteric devices,” said Peddie, “but never anything that was within reach of a PC budget. Caustic Graphics has made the breakthrough with a combination of a small hardware accelerator and some very innovative software to be able to deliver real-time, complex, high-resolution ray traced images - this is an amazing accomplishment."

Do you work with ray tracers in your field of work, and would you be interested in a ray tracing accelerator such as this? Plus, when do you think we’ll ever see real-time ray tracing in games? As always, let us know your thoughts in the forums. 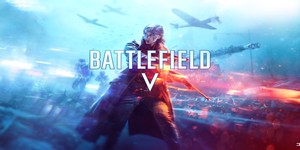