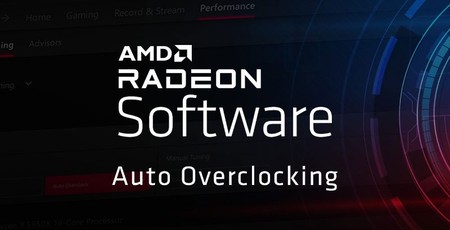 AMD has released Radeon Software Adrenalin 21.9.1, the latest version of its software suite supporting Radeon graphics cards. As well as the usual new games support and bug fixes, that are a permanent feature of such driver updates, there are some major introductions that are worth highlighting, as per our headline; Auto Overclocking, Windows 11 support, and wider system support for AMD Smart Access Memory (SAM, AKA Resizeable BAR).

The new Auto Overclocking feature delivered by RSA 21.9.1 doesn't have a very wide scope – it only supports systems with the latest Radeon RX 6000 Series graphics cards and Ryzen 5000 Series Desktop Processors. In this way it seems to be a desktop equivalent of AMD's SmartShift for laptops, available for AMD Advantage branded designs which mix the most modern Ryzen/Radeon generations performance components. If your desktop qualifies, you can find this streamlined, easy-to-use overclocking experience within the performance tuning section of the driver. It is a simple toggle on then reboot procedure.

Support for Windows 11 is official with the latest Radeon driver. AMD says the new driver works with Windows 11 to make the most of your hardware, as well as delivering support for features such as Radeon Boost, Radeon Anti-Lag and Radeon Image Sharpening to your games.

AMD Smart Access Memory feature has been expanded to support systems packing Radeon RX 5000 (RDNA 1) GPUs. When this feature was launched, it was heralded as providing 10 to 15 per cent performance improvements on supported systems. Nvidia was quite quick to implement a similar tech, so it is good to see AMD widen support, which was restricted to the newest GPUs initially for some reason.

New games support / optimizations are delivered in RSA 21.9.1 for Call of Duty: Vanguard, as well as for Deathloop – which also supports FSR.

For the full release notes for this latest Adrenalin driver, including bug fixes and so on, please check here.