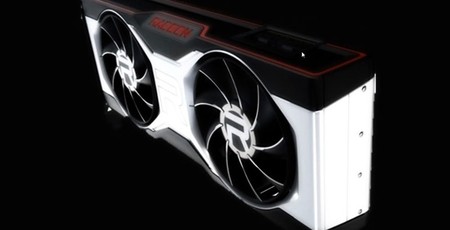 AMD launched its AMD Radeon RX 6000 series RDNA 2 GPUs in November, announcing an initial trio of family members firmly at the high end of the consumer GPU space. Targeting gamers with deep pockets is all very well for the halo product launches but both Red and Green teams have had difficulty satisfying even this relatively small market. Now the first signs of a lower tier GPU from the AMD RDNA 2 stables, with wider market appeal, are starting to firm up.

French tech publication Cotcowland has told its readers that sources indicate AMD will launch the Radeon RX 6700 and RX 6700 XT at the end of Q1 2021. So, at the end of March AMD will be unwrapping the successors to the moderately popular Radeon RX 5700 and RX 5700 XT. This crystallises the RDNA to RDNA 2 transition and it will be very interesting to see the third party benchmarks showing the benefits – plus the all-new hardware raytracing performance attainable.

Putting the above into some kind of perspective, the Navi 22 XT with 40CUs is basically half of an RX 6900 XT.

It looks like AMD's Radeon RX 6700/XT will be pitted against the GeForce RTX 3060/Ti when they eventuqlaly emerge. This might be one of the reasons that Nvidia RTX 3060 graphics cards with 12GB GDDR6 have recently started showing up in leaks and spills. If we are lucky AMD will reveal more about its upcoming RX 6000 series graphics cards at CES 2021 (next week), as well as its RDNA 2 Mobile GPUs.