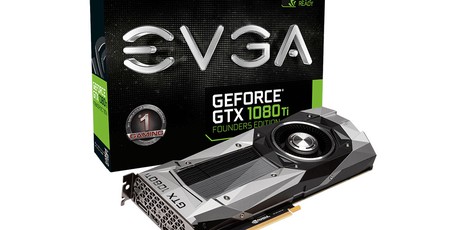 Over recent weeks / months there has been pretty constant chitter chatter about Nvidia re-releasing old GPUs to help those needing to build gaming PCs in the current crypto-constrained market. Its RTX 3060 crytpto-perf-nerf doesn't seem to be paying dividends in making that GPU abundant, so it looks around for plan b, c, d, and e. The first older GPUs that were floated as re-introductions by the tech rumour mill were the GeForce GTX 1050 Ti and the RTX 2060. It does seem like supplies of these GPUs are increasing, and the reply I saw from Nvidia regarding this story – basically said that these SKUs were never discontinued – seemingly backing up the re-supply rumours – or at least not denying them.

Last week stories started to suggest that Nvidia was boosting supply of the GeForce GTX 1650 for desktop graphics cards. This certainly seems a popular GPU in budget gaming laptops and those appear to be in plentiful supply. It uses the newer Turing architecture and is a definite step up from the GTX 1050 Ti in gaming too – probably an average of 30 per cent faster at the same settings in modern titles. However, the GTX 1650 is still about 30 per cent behind old favourites like the GTX 1060 6GB and Radeon RX 580. Earlier this week another interesting rumour popped up, this time putting the spotlight on the old Pascal champ, the GeForce GTX 1080 Ti. The story goes that a Korean tech forum user sent in a four-year-old EVGA GeForce GTX 1080 Ti for warranty repair. What he got in return was a brand-new card – so far, so good but ordinary. However, closer inspection of the card and its serial number 'revealed' that it had a manufacture date of 2021. Does it indicate that GPU makers are piling up GTX 1080 Ti cards for re-release some time shortly? It sounds rather farfetched, but it is definitely one possible explanation.