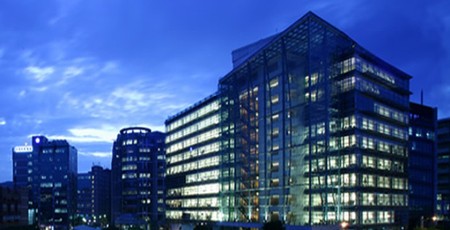 Best known for its partnership with Apple to produce the iPhone and iPad ranges of mobile devices, Hon Hai Precision Industry Co. - better known under the trading name of Foxconn Technology Group - was founded in 1974 and has grown to become one of the biggest technology manufacturers in the world with over 1.3 million employees globally. Following the relative failure of its own-brand goods, such as the AT family of compact PCs, the company turned to acquisitions in an attempt to diversify away from original equipment and original design manufacturing (OEM and ODM). In 2016 the company acquired Sharp for £2.48 billion, down from £3.04 billion, and now the company has confirmed the acquisition of Belkin for around £613 million.

'FIT [Foxconn Interconnect Technology] is excited to acquire Belkin and its capabilities in the premium consumer products space,' says Sidney Lu, FIT chief executive, of the all-cash deal. 'Integrating Belkin's best-in-class capabilities and solutions into FIT, we expect to enrich our portfolio of premium consumer products and accelerate our penetration into the smart home.'

'This move will accelerate our vision of delivering technology that makes the lives of people around the world better, more convenient and more fulfilling,' claims Chet Pipkin, founder and chief executive of Belkin. 'We see significant synergies with FIT, including leveraging its world-class manufacturing capability to enhance Belkin's operating efficiency and competitiveness. The transaction also grants us access to more resources to invest in our people and to aggressively pursue opportunities in the marketplace.'

The deal will see Belkin International run as a wholly-owned subsidiary of FIT, with the deal including its entire range of subsidiaries and sub-brands including networking-focused Linksys, home automation specialist Wemo, and leak detection specialist Phyn. Pipkin is expected to join the management team of FIT following the deal.