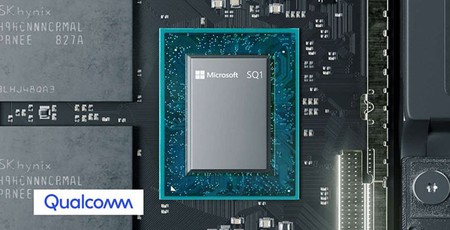 A report citing insider sources says that Microsoft is developing Arm-based chips for its cloud servers and Surface devices. Bloomberg says that people familiar with the plans have indicated that Microsoft's Arm-based designs would be initially rolled out in its Azure servers, as the chip design unit reports to the head of the Azure business. A Microsoft designed Arm-based SoC for Surface devices seems somewhat further away and in the exploratory stages for now.

Microsoft's cloud rivals like Amazon and Google already have their own silicon in servers, so it looks like a good bet for the likes of Microsoft to investigate. The Redmond-based tech giant has indeed been exploring such an initiative. It has been seen to have been hiring microprocessor designers and engineers from AMD, Intel, Nvidia and Qualcomm over recent months. Significantly, Microsoft took in some Qualcomm engineers who were sidelined by that firm's shelving of Arm-based server chip design plans.

In response to Bloomberg's original article, Microsoft issued a statement that didn't deny processor developments were ongoing. "Because silicon is a foundational building block for technology, we’re continuing to invest in our own capabilities in areas like design, manufacturing and tools, while also fostering and strengthening partnerships with a wide range of chip providers,” said Microsoft spokesman, Frank Shaw.

On the topic of Microsoft designed silicon for Surface devices, it previously partnered with Qualcomm for the SQ processor Surface Pro X and with AMD for a custom version of the x86 processor in the Surface Laptop 3 (not forgetting Xbox processor collabs with AMD). Thus Microsoft has already taken steps of varying degrees into the field of processor design. Considering the consumer side of things one might wonder if Apple's recent Arm-based silicon successes might have spurred Microsoft into action. In some Windows on Arm news, Microsoft recently added x64 app support in an insider beta release. Interestingly, hackers have tested the Windows 10 OS on Apple M1 SoC Macs and find it to be a much faster performer than on the Surface X.