CPU designer Jim Keller has left AMD just three years after he rejoined the company to help turn its ailing CPU fortunes around, but the company claims the Zen architecture he helped design is still on-schedule.

It's no secret that AMD has been struggling to compete with long-time rival Intel, having squandered the performance and technology lead it built up while Intel was forging ahead with the ill-fated Pentium 4 by following the company down the same dead-end path. Things looked to be turning around in 2012 when the company announced it had re-hired Jim Keller, the noted architect behind the company's successful K7 and K8 processor architectures, having poached him back from Apple in order to build a revised, faster, more K8-like architecture as a successor to Bulldozer.

With Zen, Keller's latest architecture, just around the corner, it's surprising then to find that he's leaving the company for the second time. At present, his role of chief processor architect is being left unfilled, with AMD chief technology officer Mark Papermaster to lead the CPU team in the interim. In a statement to Bloomberg, an AMD spokesperson claimed that Keller's unexplained departure would have no expected impact on the company's technology roadmaps - indicating that Zen is still on-track, despite its creator's departure.

Keller has not yet indicated where he is heading post-post-AMD. 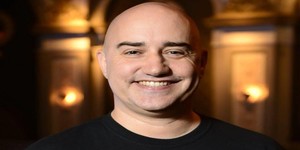