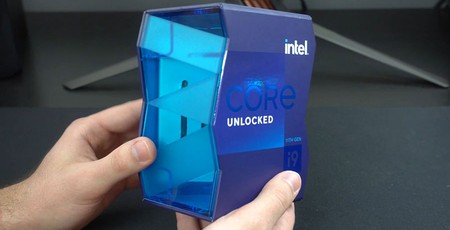 The Intel Core i9-11900K is the flagship CPU of the soon-to-be released Rocket Lake-S family of CPUs for desktops. You only have to wait until tomorrow for the official release and to be faced by a barrage of official retail ready processor reviews from a multitude of tech sites and channels. Though we have seen a couple of early tests done on Rocket Lake, it looks like the processors have been in the hands of overclockers for some time and the flagship Intel Core i9-11900K has been under concerted pressure from OC experts trying to outdo each other already.

At the weekend VideoCardz reported on two extreme OC achievements already publicized by overclockers applying their skills to Intel's next greater gaming hope. It writes that 'ROG-Fisher' pushed one of these unlocked 8C/16T processors to 7,048MHz. Meanwhile, an Indian YouTube channel called 'PC Wale' shared its current best attempt with the same processor, achieving 6.5GHz.

ROG-Fisher may or may not be an Asus sponsored overclocker, but was definitely using the Asus ROG Maximus XIII Apex motherboard, a model designed with overclockers in mind. The OC expert managed 7,048MHz on this configuration, and the test result was verified in CPU-Z. From the screenshots you can see that ROG-Fisher applied a 70x multiplier to the core clock to hit the headlining speed of this Socket 1200 LGA processor.

Other details of the achievement are that the overclocker needed to apply a voltage of 1.873V to achieve this OC, and that liquid nitrogen was used to keep the chip cool under pressure.

The PC Wale achievement of 6.5GHz documented via YouTube has obviously lost some of its shine in the wake of ROG-Fisher's OC record. PC Wale applied a voltage of 1.678V and used a custom BIOS from well known Korean OC expert 'Safedisk' in its OC attempts. Again an Asus motherboard was the platform, but this time around a ROG Maximus XIII Hero.

As VideoCardz notes, due to NDAs the overclockers can't share anything beyond the OC frequencies – what these frequencies might mean for performance (PCMark, 3DMark, Cinebench etc) remains to be seen.