Intel has given itself a timescale for phasing out the use of 'conflict minerals' in its processors, promising to have at least one saintly CPU available by next year.

Modern electronics make use of a variety of relatively rare or precious minerals. Significant quantities of these minerals are located in countries like the Democratic Republic of Congo, where the Foreign and Commonwealth Office claims their illegal export represents a significant source of finances for armed groups.

The FCO claims that these minerals are largely mined by artisinal miners working unofficially for non-state armed groups including the Democratic Forces for the Liberation of Rwanda (FDLR) and rogue brigades within the Armed Forces of the Democratic Republic of Congo (FARDC.) These groups, it is claimed, use the subsistence miners as near-slave labour in order to fund arms deals.

In recent years, these conflict minerals - defined in recent US legislation as cassiterite, coltan, wolframite and gold plus their various derivatives - have been brought to the attention of the public, leaving electronics companies eager to be seen as doing something to address the issue.

As part of its latest Corporate Responsibility Report, Intel announced that it would be working towards the goal of having at least one processor manufactured using only validated conflict-free minerals by 2013. According to Intel, it will be the first company to provably produce a chip with no conflict minerals present in its construction.

The company's march to conflict-free components began last year, when Intel identified 98 smelter sites where the raw ores are processed and visited 48 of them across 16 countries to lay the groundwork for third-party audits. These audits, Intel hopes, will demonstrate that Intel's sources of tantalum are conflict-free by the end of the year and lead to conflict-free certification across all four minerals for at least one processor next year.

Intel's report comes as increasing quantities of consumers are becoming aware of the true cost of cheap, ubiquitous electronics. In the same report, the company promised to work on reducing its energy consumption by 1.4 billion kilowatt-hours by 2015, reduce water usage measured per chip manufactured to below 2010 levels by 2020, reduce greenhouse gas emissions by at least 10 per cent from 2010 levels by 2020, and achieve zero chemical waste to landfill in the same timescale.

Intel has also pledged to help consumers do their bit of the environment, with a target of increasing the energy efficiency of its notebook and data centre products by 25 times by 2020 - a noble goal which, if successful, could pave the way for laptops which last an entire working week on a single charge. 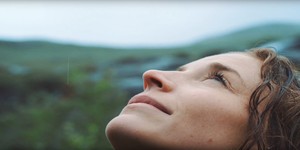 No more conflict minerals in its chips.