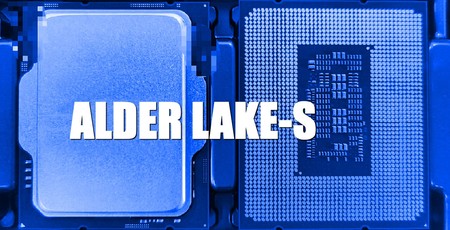 An early revision Intel Alder Lake-S CPU data sheet has fallen into the hands of Igor Wallossek, spotted via VideoCardz. The CPU doesn't appear to have a proper name right now but is simply referred to as a 'Core-1800'. This might be from its pretty slow base clock. Nevertheless, the data sheet is quite interesting to look at, with its info about cores, power limits, and various boost limits.

Intel's Alder Lake-S is going to be a big chance for the company to get off its back foot, and take the battle to AMD. It is Intel's first 10nm SuperFin processor for desktops, and delivers a completely new architecture too. Alder Lake parts are expected to sail past the performance offered by their Rocket Lake brethren with an IPC lift of 20 per cent or so. Above you can see the full data sheet from Igor's Lab. Some details have been blurred to protect Igor's source. We have to get familiar now with the unsymmetrical cores/threads quotas as the more powerful Golden Cove cores have Hyperthreading, while the smaller Gracemont cores do not. The 16 physical cores are made up from eight Golden Cove, and eight Gracemont cores, and can thus deliver up to 24 processing threads.

Moving onto supplemental info, the ADL-S chip supports up to dual-channel DDR5-4800 memory and the DDR4-enabled motherboards will support modules up to 3200MHz. For DDR5 support you will have to buy one of the high-end Z690 motherboards, according to early reports.

Another nice addition to the next consumer platform from Intel is the support for PCIe Gen5. The CPUs will support 16 PCIe Gen5 capable lanes, in addition to four lanes of PCIe Gen4. Furthermore, you will have more PCIe Gen4 and Gen3 support via the motherboard chipset.

Intel has confirmed that it intends to launch Alder Lake-S this year. The latest rumours point to Alder Lake-S becoming available before AMD can launch its first Ryzen 6000 CPUs which use Zen 3+ cores made at 6nm.