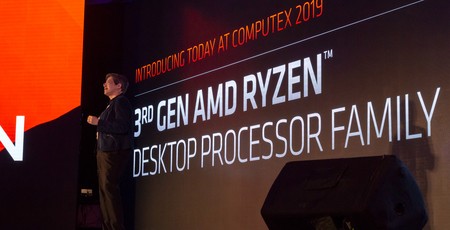 First officially teased at CES 2019, Zen 2 is the architecture that will be powering 3rd Gen AMD Ryzen CPUs, which will also be the third generation of CPUs compatible with the Socket AM4 ecosystem and motherboards. With it, AMD reckons it has achieved a 15 percent IPC (instructions per clock) uplift that will bring a universal performance uplift, and it also claims to have doubled the cache size (particularly beneficial to gaming) and delivered twice the floating point performance (important for creative workloads) – naturally, you can expect more technical details on these pages at launch if not before.

Launching on July 7th 2019, 3rd Gen AMD Ryzen CPUs will also see AMD hit bring 7nm to the mainstream desktop space before Intel is able to move beyond 14nm, and they will also come with PCIe 4.0 support, again for the first time in this space. Thus far, five CPUs have been confirmed, including the 12-core one which launches a new family: Ryzen 9. The high-level specs of these can be seen in the table above.

The star of the show is the 12C/24T Ryzen 9 3900X, which is where the 7nm process really comes into its own. It allows AMD to squeeze two chiplets onto the same package alongside the I/O die that’s built on a different, older process. How the cores are divided between the chiplets is currently unknown, but what AMD did reveal pertains of course to Cinebench R20, specifically 14 percent and six percent gains in the single-threaded and multi-threaded workloads respectively versus the 12C/24T Core i9-9920X, a CPU that is currently $1,200 and has a 60W higher TDP than the new Ryzen chip.

No mention was made of a 16-core/32-thread chip, but the full lineup does include two new 6C/12T Ryzen 5 CPUs as well.

The 3rd Gen AMD Ryzen CPUs will launch alongside the X570 chipset, with AMD claiming there are at least 56 boards ready for launch. Based on Socket AM4 still, X570 is compatible with older AM4 Ryzen CPUs, and on the flip-side AMD says over 100 older AM4 boards are ready (via BIOS updates) for 3rd Gen Ryzen. That said, X570 will be the only chipset that’ll support PCIe 4.0 (40 lanes in fact) and will thus be what you need to get the most out of X570. It’s also unclear how older boards will handle the new higher-core-count CPU (or CPUs?), but we’re expecting to find out a lot more about X570 from AMD’s various motherboard partners here at Computex 2019.

Dr. Lisa Su also shared some preliminary details about Rome, AMD’s 2nd Gen Epyc processor, which will be built on the same 7nm process and Zen 2 architecture as the Ryzen 3000 Series. It showed off a CPU running with 64 Zen 2 cores (128 threads) spread across eight chiplets, or more accurately it showed off two of them running together. In a molecular dynamics workload, this combination outperformed a dual-socket Intel Cascade Lake system featuring two Xeon Platinum 8280 CPUs, each with 28 cores and 56 threads by more than double. The 2nd Gen Epyc processor family is set to launch in Q3 2019. 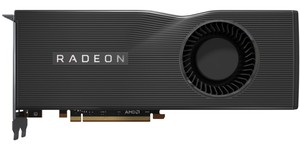 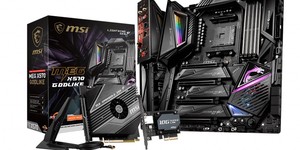 X570 motherboards taken to the next level. 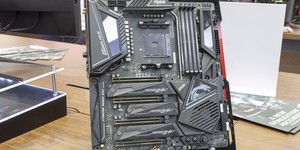