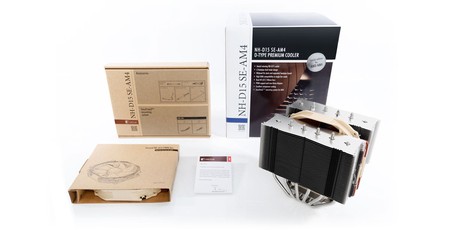 Austria-based PC cooling specialist Noctua has announced free upgrades for its cooler users who migrate to Intel Alder Lake-S. This is a very customer-friendly announcement, given that we know that the new Intel socket will be rather different, with LGA1700 CPUs/sockets arriving in a rectangular configuration. The switch to LGA1700 is the first major socket size change for consumers since Intel's introduction of LGA 775 processors in 2004.

The 12th Gen Intel Core processor line for desktops is expected to arrive in Q4 this year (probably October), starting with the enthusiast 'K' processors. Previous gen Intel processors were square, measuring 37.5mm x 37.5mm, but the new package with 500 extra contacts is 7.5mm longer, thus measuring 37.5mm x 45mm. This change results in a fastening hole configuration change and cooler-makers will have to update mounting kits or leave customers with the only other way to upgrade – buying a completely new cooler. 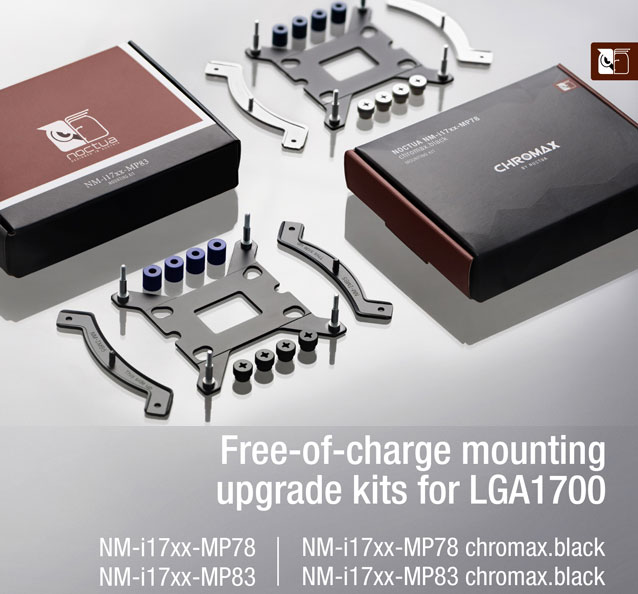 "We have offered free-of-charge mounting upgrade kits to our customers ever since AMD introduced AM2 in 2006, and we're proudly continuing this tradition with Intel’s upcoming Alder Lake-S processors and the LGA1700 socket," said Noctua CEO, Roland Mossig. "Customers will be able to upgrade most Noctua CPU coolers since 2005 at no additional cost, so even 15-year-old coolers can be used on the latest processors!"

Once Intel's new hybrid architecture processors starts selling, Noctua's free upgrade kits will start to become available. It says that the new NM-i17xx-MP83 and NM-i17xx-MP78 SecuFirm2 mounting kits will allow Noctua coolers with both 83 and 78mm mounting pitch to be upgraded to LGA1700. Moreover, if you own one of the newer chromax.black line coolers, you don't have to worry about non-matching parts as Noctua is going to make all-black edition mounting kits free too.

Noctua says it is currently in the process of readying in-the-box updates for current multi-socket coolers, so if you buy after Alder Lake-S launch you should have the right fittings in the box. Interestingly, Noctua is also making the LGA1700 mounting kits available separately to buy from Amazon from mid-October – some people might appreciate this route of getting kits in early, avoiding having to wait for release of the CPUs/motherboards to claim their free mounting upgrade.

Lastly, Noctua points out an exception to its upgrade rule. It says there won't be an upgrade kit for its super-low profile NH-L9i series coolers "due to severe compatibility restrictions". That's a shame, but new dedicated LGA1700 revisions of both of the regular NH-L9i and the chromax.black version will be released in October, once Intel has launched the first new LGA1700 CPUs.