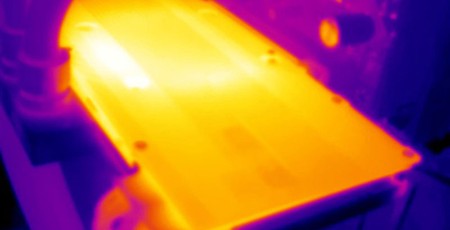 An update to popular PC hardware monitor application HWiNFO is coming to expose more crucial information about the inner workings of your Nvidia GPU. German tech stalwart Igor Wallossek has penned a blog post about the update, after acquiring a pre-beta release, which lists a GPU HotSpot temperature measurement. Previously there was no practical way for consumers to check the hotspot of their Nvidia GPUs as the die temperature readings exposed by Nvidia to devs/drivers were not documented. Now the 'secret' is out, according to Wallossek.

AMD RDNA 2 GPUs are already monitorable in this way, with older versions of HWiNFO sharing the hotspot temperature, which can be 12 to 20°C hotter than other areas of the die, the GPU edge temperature, it has been observed.

Sometimes a GPU will have pretty even temperature distribution across the die surface but in other cases the hotspot might be significantly hotter. Usually a consumer couldn't really do much about this – they may do some maintenance like check the die surface for abrasions or other obvious faults and change thermal paste in the hope of evening out the die temperatures but pro overclockers could filter though GPUs using this tool, perhaps.

Wallosek has already tested the new unreleased version of HWiNFO on an Nvidia GeForce RTX 3090 Founders Edition. He found this sample had a die temperature delta of 11 to 14 degrees. However, this isn't enough data to say the Nvidia die has less extreme hotspots – it is a sample of one, and we don't know how Nvidia temperature sensor placement compares to AMDs, for example. At the time of writing we don't know what Nvidia GPU families or subsets of families will be supported by the new version of HWiNFO in this way. If you are interested it might be worth keeping an eye on the HWiNFO version history page to see when it arrives.