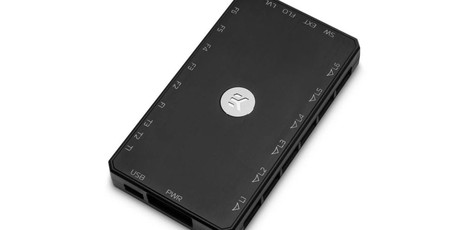 EKWB has announced the release of its EK-Loop Connect, an information and control hub that hopes to be the solution to all your RGB, sensor and fan controlling needs.

The EK-Loop Connect isn't the most exciting looking of boxes, looking similar to the most boring external hard drive you can imagine, but it offers plenty of useful features within. A controller unit for your fan, pump, as well as every RGB lighting effect your system contains, it simplifies the process of manipulating any of these settings.

Courtesy of a few clicks, EKWB promises that you can easily set your RGB lighting effects, alongside optimising cooling temperatures, and even noise levels. This is done via either on-the-fly changes or via pre-defined profiles so you can easily arrange different profiles for those times when you're pushing your system's capabilities, or you want the quietest setup possible.

EKWB reckons the EK-Loop Connect is one of the most powerful mainstream fan and LED controllers out there, packing 170W of total power delivery which means it can provide 20W per 4-pin fan header with D-RGB headers able to handle 8W of power. Throw in 6 PWM fan headers and users can connect several dozen fans if they so wish as splitter cables can also be used. Translating that into EKWB based sales talk, that's enough oomph for about 20 EK-Quantum Vector D-RGB water blocks.

There's also an LED overpower protection system so you won't have to worry about any damage to the controller unit or your addressable D-RGB LEDs. In the unlikely event of an overload, the unit automatically changes the colour of the LEDs to red so you know there's a problem.

Curious about the flow meter connection, coolant level indicator and the data header? EKWB explains those will be used for upcoming products, but hasn't elaborated further yet.

The EK-Loop Connect supports many popular RGB sync technologies including Asus Aura Sync, RGB Fusion, RGB Mystic Light and ASRock Polychrome Sync. So, it should be fairly useful for those keen to have a bit more control over their system. 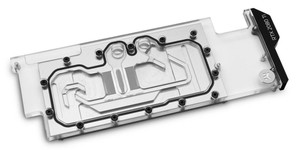 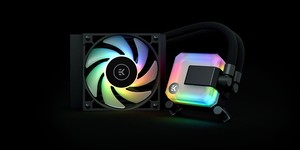 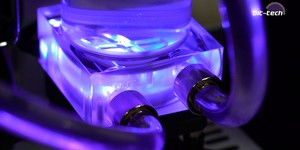 We try out one of EK's more budget-conscious kits.