Barrowch AiO cooler has a 1440p display on the CPU block 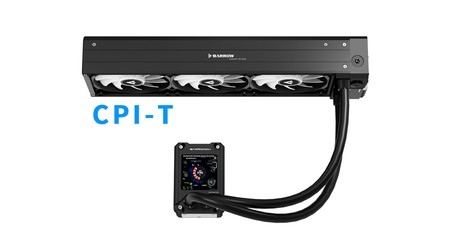 Barrowch has launched an AiO liquid cooler with a 2.9-inch colour monitor built into the CPU cooling block. The Barrowch model CPIE-T isn't highly unusual based on that statement alone – Asus launched the RoG Ryujin II 360 AiO cooler earlier this month with a 3.5-inch display, and Aorus launched its WaterForce X series with an attractive circular OLED CPU display on its cooling block back in Feb. However, you might have already noticed the nuanced difference: Barrowch's product has an embedded monitor, which works as a display too.

This Barrowch CPIE-T cooling block display is square and offers a pretty astonishing 702ppi, thanks to cramming in 1440 x 1440 pixels into a 2.9-inch diagonal. This makes the display very sharp, when supplied by an appropriate feed, as the screen ppi is approaching twice that of a modern flagship smartphone (typically 400ppi). 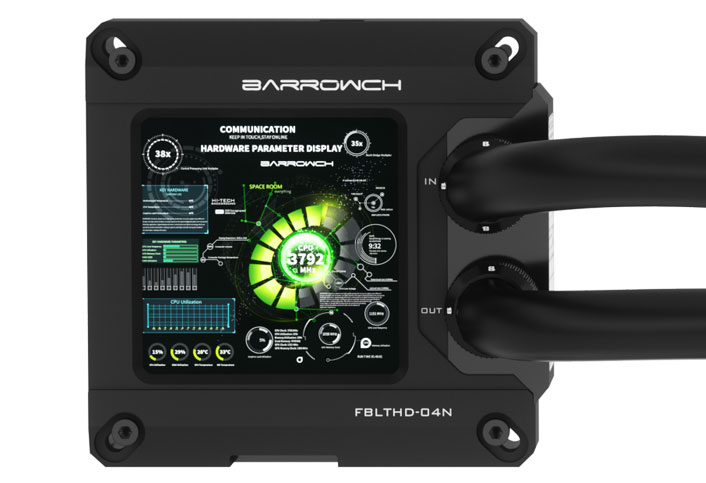 So, what can you do with the display? Barrowch's headlining usage of the screen is to display information from the popular AIDA 64 system analysis and monitoring app. From the screenshots, the info displayed looks incredibly minuscule. It looks like Barrowch and AIDA need to get together to work out some 'mobile UI' type presentation of stats, or you might need a magnifying glass (or strap on a Game Boy magnifier?) to check out the details beyond what is shown in the central focus.

As well as that display feature, many other possibilities are opened up by the AIO's integrated display due to it having a standard HDMI input. This port, sitting alongside a standard 5V microUSB port for power on the side of the cooling block opposite the water feeds, means you can connect the CPIE-T to your graphics card for all sorts of second screen antics. 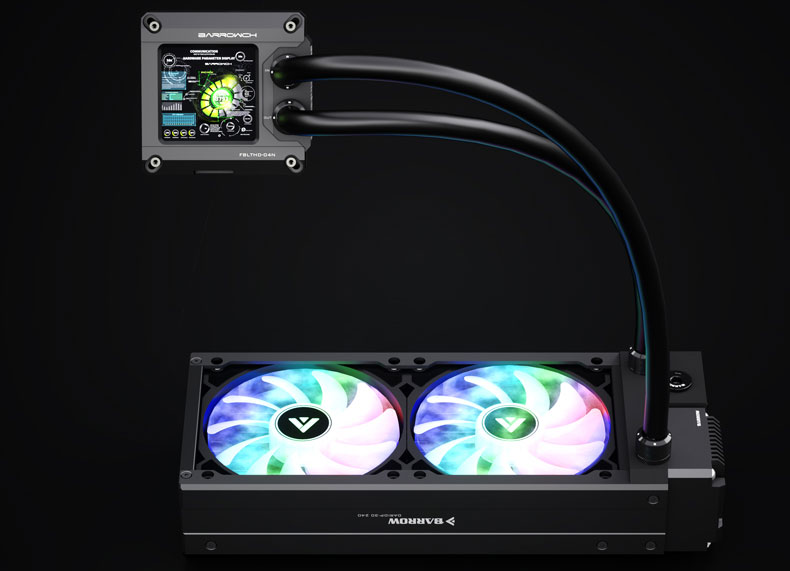 Other features of the Barrowch model CPIE-T include the choice of 240 or 360mm aluminium fin packed radiator, a 17W motor in the pump block, an optimized pump chamber structure, a coolant monitoring window, a CPU contact copper heatsink. For further visual thrills, this AiO has a 16-way RGB lighting controller which can sync with your motherboard system or run independently (remote provided in the box).

The Barrowch CPIE-T is compatible with AMD AM4 and Intel 115x, X99 and X299 sockets. We don't have any pricing or availability dates to report at the time or writing.