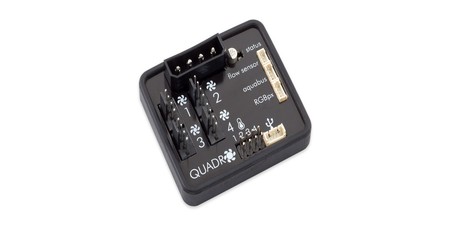 Designed, the company claims, with both liquid- and air-cooled computers in mind, the Aqua Computer Quadro is designed to be an all-in-one controller for fan and RGB LED control. Each of its four fan channels, which control the speed of connected fans via pulse width modulation (PWM), can output up to 25W of power and are individually controllable. As well as manual fan speed control, the Quadro supports temperature-based speed control through user-configurable points or speed curves - including the ability to completely deactivate fans below a certain temperature.

The built-in lighting controller, meanwhile, supports individual control of up to 64 addressable LEDs which can be added to up to four groups. Each group is then available for control through 23 pre-programmed visual effects, which can be tweaked by the user and linked to sensors including temperature and sound. The controller also supports AmbientPX mode - styled as 'AMBIENTpx' - which replicates the Philips Ambilight technology by reproducing the edges of displayed images as RGB bias lighting using LED strips on the rear of the monitor. Those who have already purchased an Aquaero 5 or 6 fan controller, meanwhile, can use the Quadro as an expansion under the Aquaero's control.

The Quadro is due to land in Aqua Computer's webshop in the next 14 days, priced at €39.90 (inc. VAT). An optional RGBpx Splitty4 add-on board, which adds support for Corsair and NZXT RGB LED fans, is available for an additional €8.90 (inc. VAT). More information is available on the official product page. 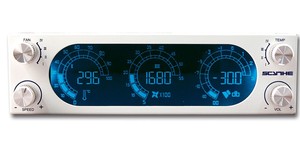 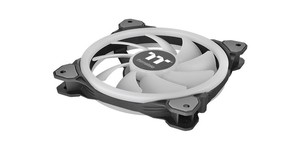 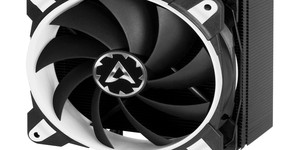