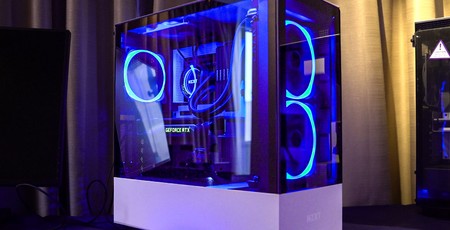 NZXT has shown off seven new cases at Computex 2019, six of which are refreshes of existing products and one of which is a more premium iteration of one of the refreshed cases: the H510 Elite.

The six new models are the H210, H210i, H510, H510i, H710, and H710i, all of which are available in matte white, matte black, and matte black and red. New features include flush tempered glass mounting via a single thumbscrew, improved SSD trays, and a front-panel USB 3.1 Gen 2 Type-C connector. Each of the ‘i’ versions are the same as the non-i ones but include a NZXT Smart Device v2 that sports a faster processor, two HUE 2 RGB lighting channels, and three fan channels (four-pin or three-pin). The H510 and H710 also support vertical GPU mounting, but a riser cable is not supplied. Stock is expected to arrive in July; pricing is yet to be confirmed.

Meanwhile, the H510i Elite takes the H510i design one step further. This case has a tempered glass front panel as well as the side one and comes with a pair of Aer RGB 2 fans and a built-in HUE 2 addressable RGB LED strip. As you might have guessed it’s a case designed to show off RGB-heavy builds, and the aforementioned Smart Device v2 is also included. You can see the case up close and hear more information about it in the video above. 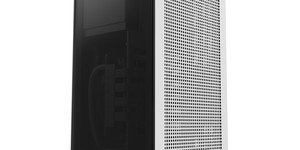 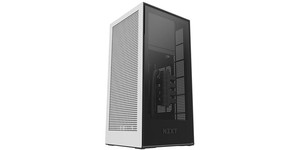 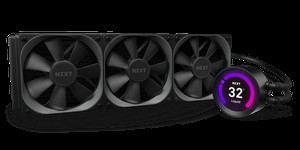