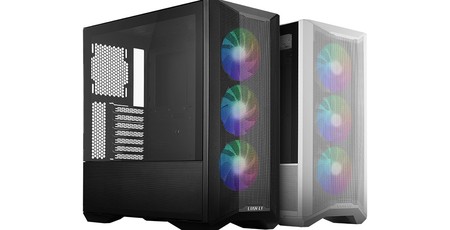 Available for pre-order now, both versions of the Lancool II Mesh feature – you guessed it – a fully mesh front panel, and the left shroud panel is also given the mesh treatment. The cases are therefore positioned as higher-airflow alternatives to the original Lancool II.

The Performance edition of the case is fitted with double 140mm PWM front intake fans (600~1,200 RPM) and a rear 120mm PWM rear exhaust fan (600~1,500 RPM), and these are all-black to match the case’s aesthetic. It also features a controller on the front I/O panel which can toggle fans between four modes: low (45 percent), medium (75 percent), high (100 percent), or PWM mode. It connects to an integrated fan hub with support for six 3-pin or 4-pin fans, only the latter being suitable for PWM mode.

For those who prefer bling over airflow, the RGB edition changes the fan configuration to three 120mm 1,300 RPM front intake fans with ARGB lighting, and it’s also available in both black and white. It has also switched the fan controller to a lighting controller. Instead of a four-way toggle you get two buttons, C and M (Colour and Mode), which toggle between seven static colours and eight different lighting effects, one of which involves motherboard synchronisation. For that to work, you’ll need to connect the controller to the motherboard via a 3-pin ARGB header. If you don’t, Lian Li ominously warns that ‘irreparable damage will occur’ - scary stuff.

Another change that both cases benefit from is the PSU cover, which now has modular ventilated covers instead of integrated ones. You can remove these and install a pair of 120mm fans for unobstructed internal airflow targetting the GPU, or you can leave them on and install SSDs instead.

Elsewhere, the Lancool II Mesh adopts the same feature set as the original Lancool II, including a tool-free sliding drive cage and support for up to nine drives, cable management brackets, and hinged tempered glass side panels on both sides. 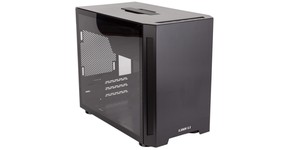 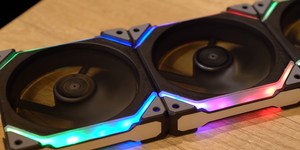