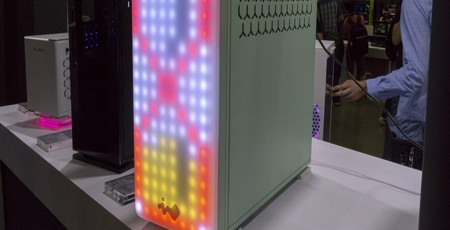 In Win has revealed a series of eye-catching cases at Computex 2018, namely the signature Z-Tower, the 915, and the 317. 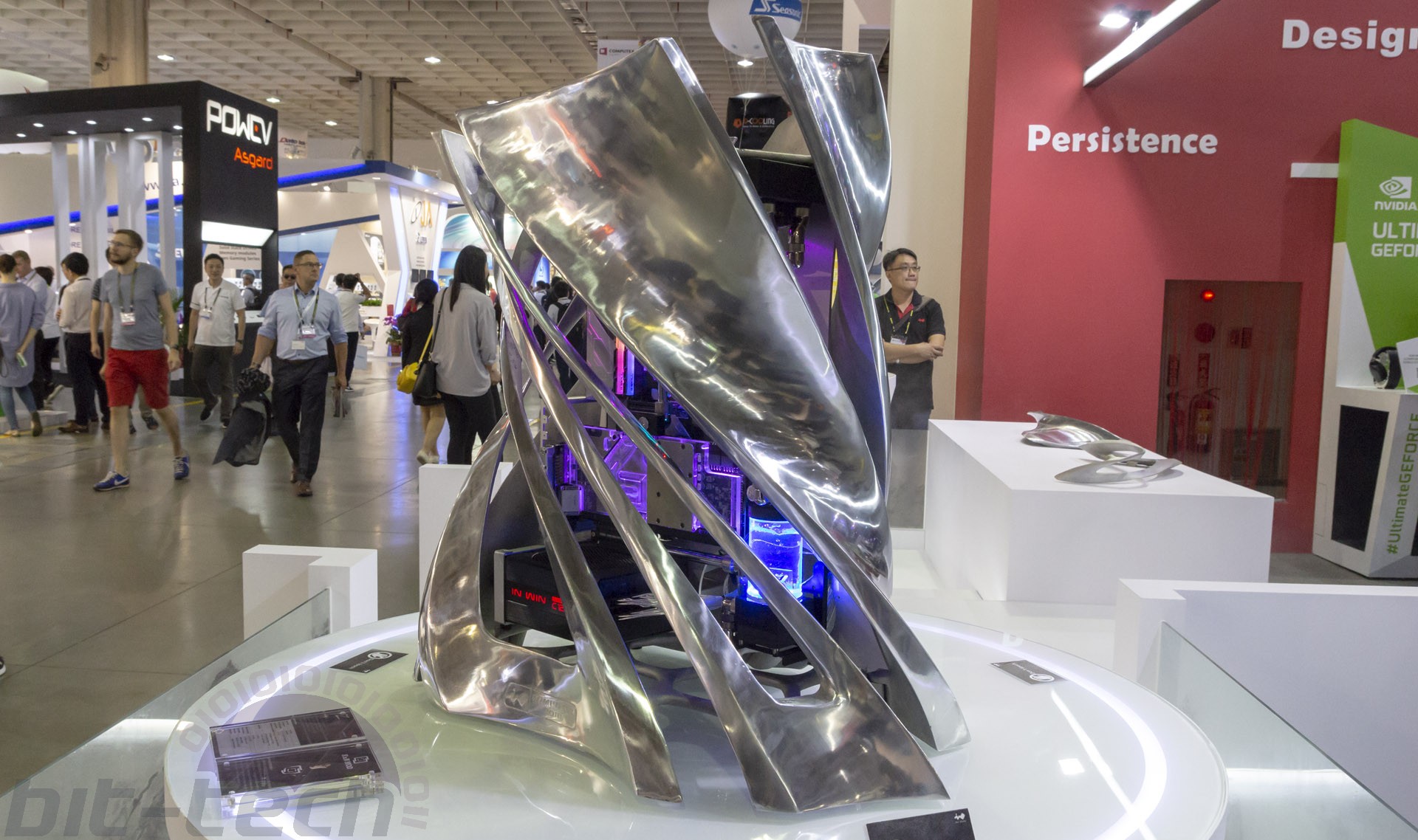 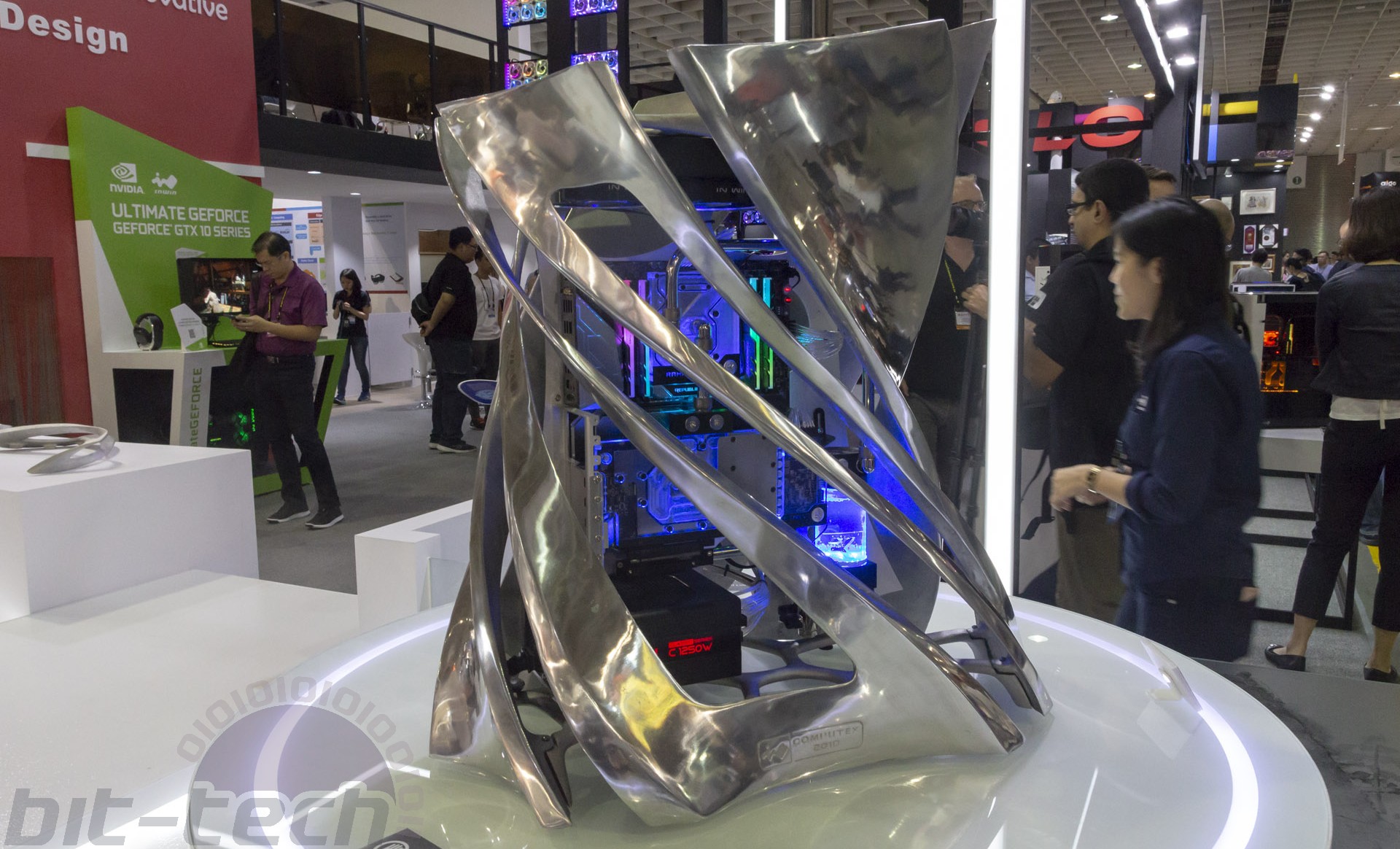 We’ll start with the Z-Tower, because how could we not. Described by In Win as ‘pure, architectural art’, the 40kg, all aluminium case has an incredible helix structure comprising five individually cast aluminium blocks that form something truly unique. It has E-ATX support, USB 3.1 Gen 2 Type-C, up to four drive mounts, and 360mm radiator support, but this case is of course all about the outside. That aluminium structure is proving a real challenge for In Win’s manufacturing at the moment; not all of the five that have been made have successfully come together. There are likely to be only a few hundred of these made in total, and each one will cost many thousands of dollars. 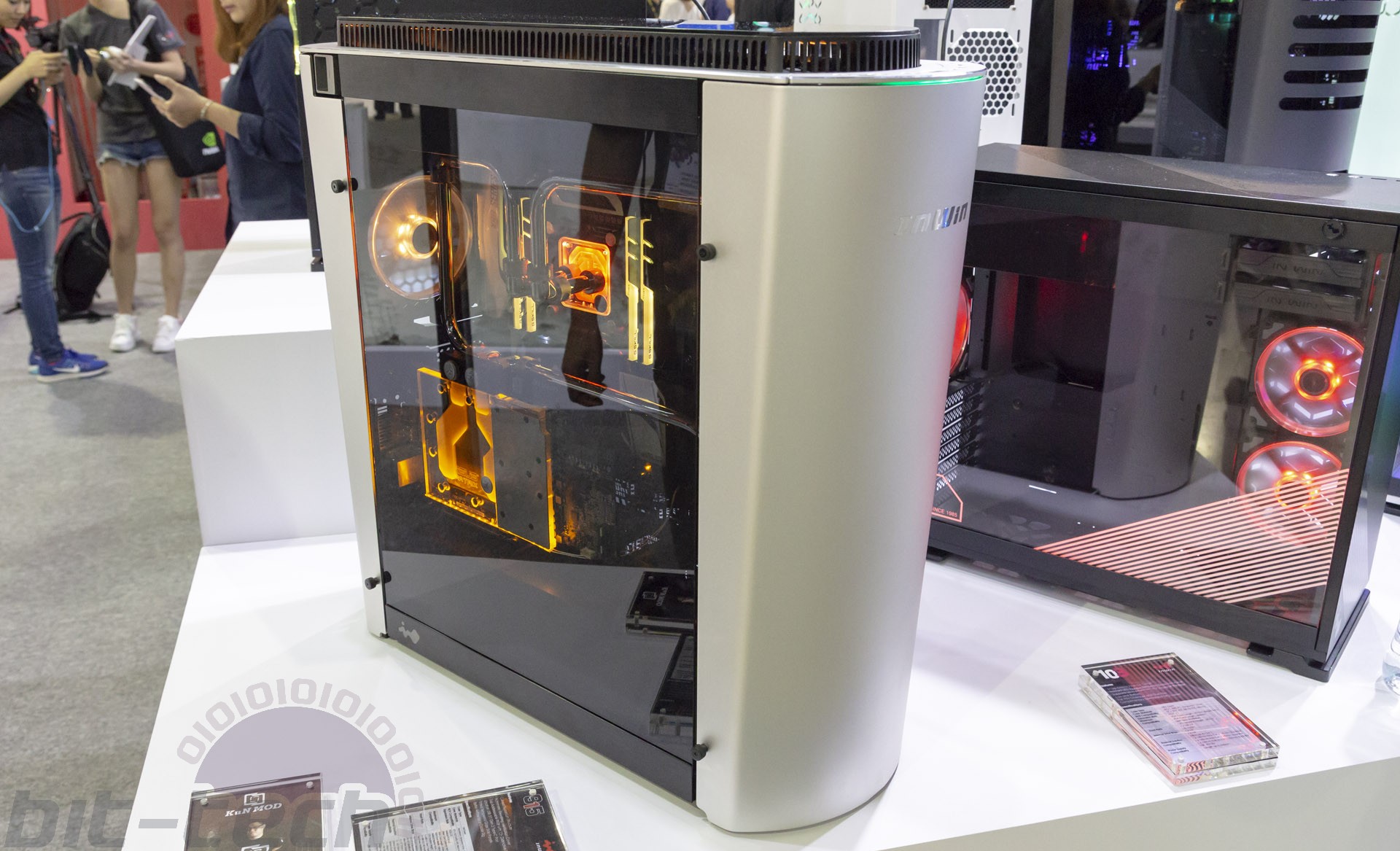 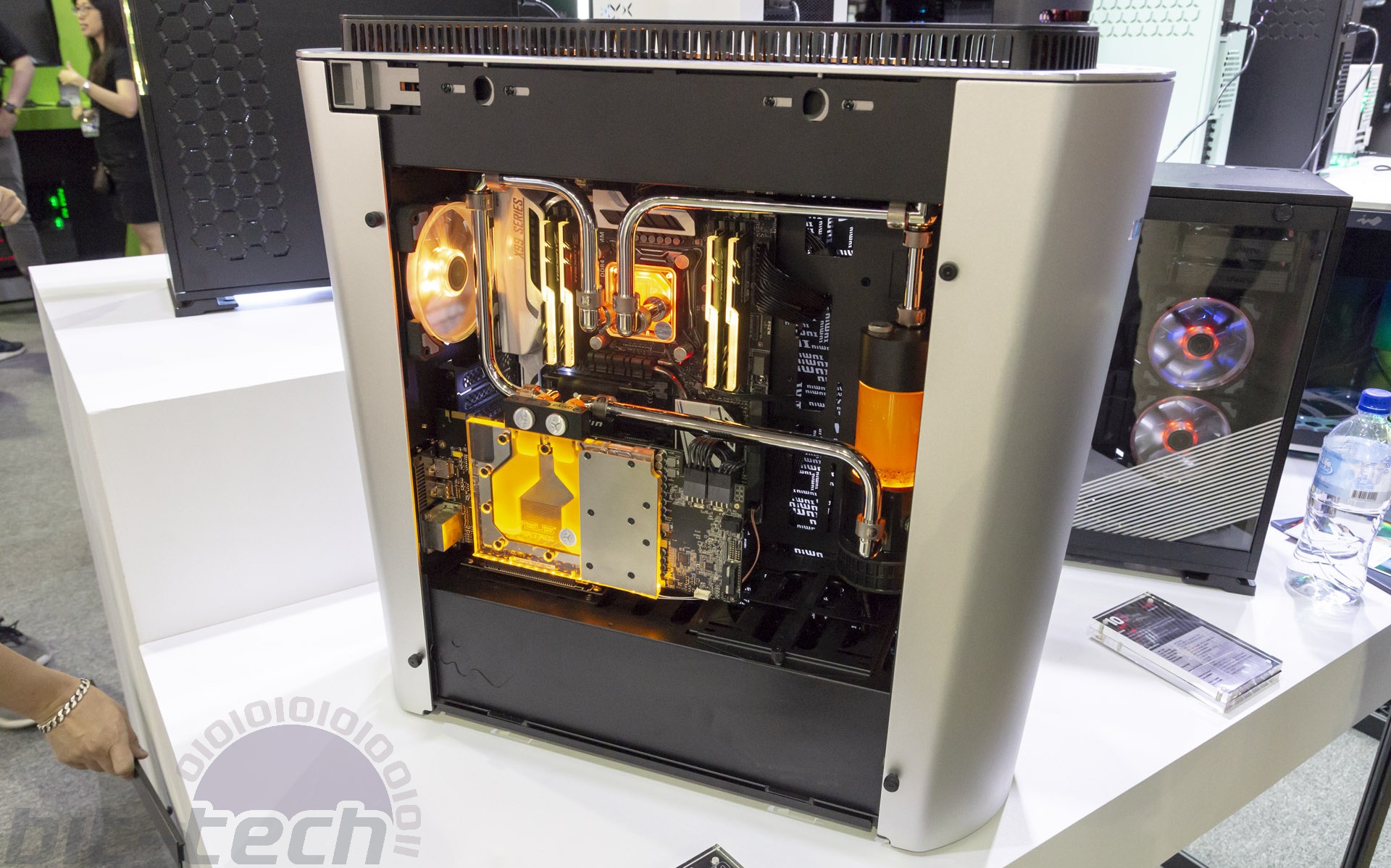 Moving a little more into the realm of normal, we have the 915, which is set to launch later this month or in early July for around $500. That curved front panel you see is made from aluminium, and this is complemented by quick-release tempered glass side panels. Once again In Win is incorporating USB 3.1 Gen 2 Type-C into the front I/O cover. It also has an addressable RGB strip along the top, while the ventilated roof section can raise or lower automatically at the press of a button. 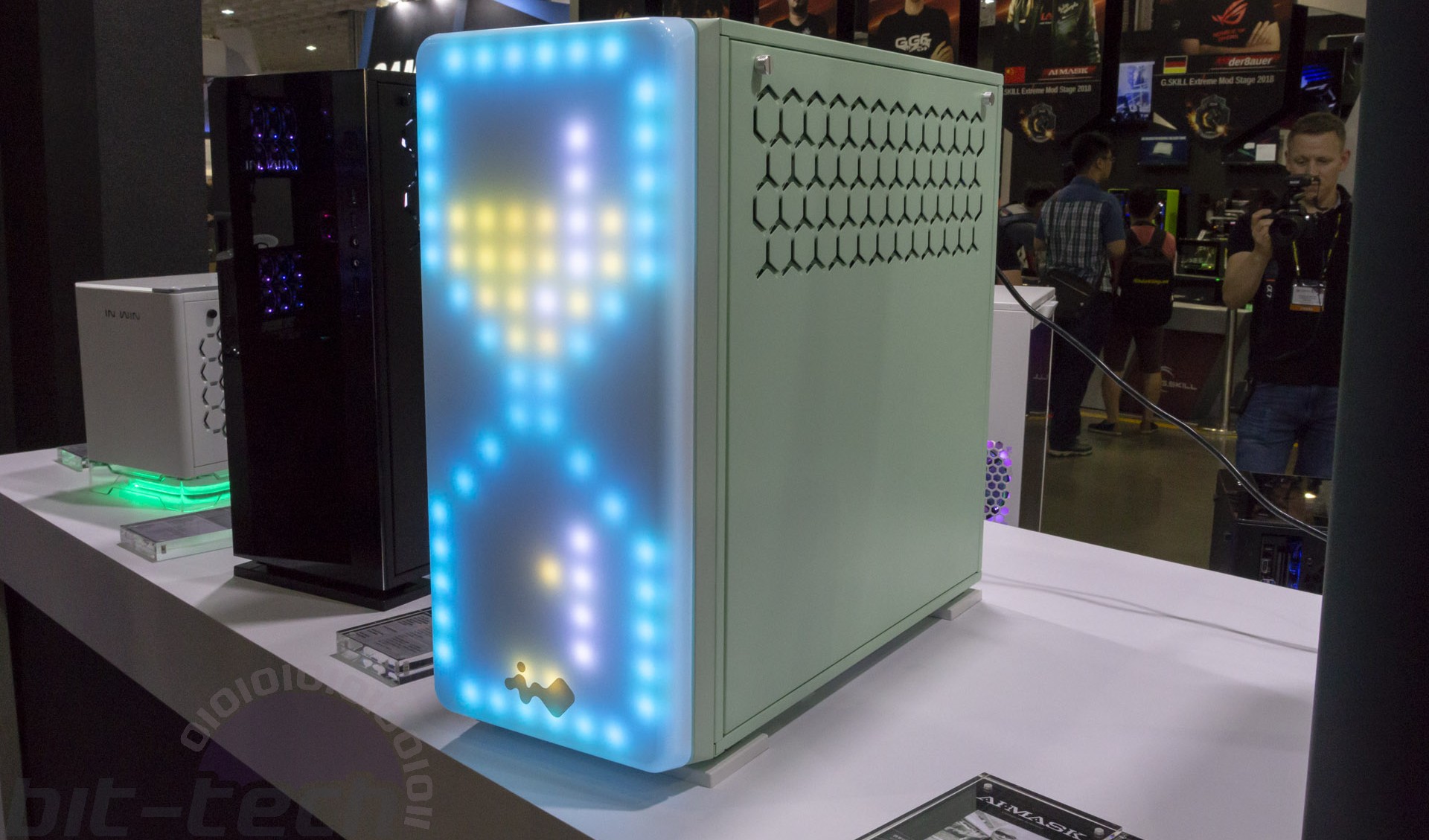 Last but not least, we have the new 307 chassis, which is based on the 303. Again sporting a USB 3.1 Gen 2 Type-C port, the highlight of this case is clearly that insane front panel, sporting 144 LED “pixels”, so called because they can be used as a sort of display, showing the time, for example. The chassis has a built-in microphone too, meaning it can react to ambient noise. Buttons on the side can be used to switch the display between various presets, or you can use In Win’s Glow software to customise it. The retail price for the 307 is expected to be $300. 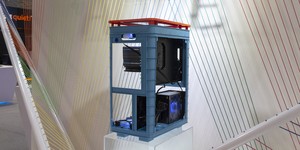 In Win shows off “cases” and cases at Computex 2019

And some other cases. 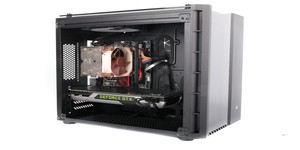 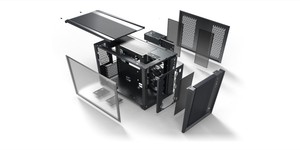 Up to four radiators.