If you're holding out for a terabyte-size solid-state disk, you may want to look toward the next big thing: phase change memory.

In a paper presented to the International Solid State Circuits Conference – and doesn't that sound like a fun place to be? - Intel has demonstrated phase change circuitry which has four states instead of the traditional two, meaning double the storage capacity and finally bringing the tech to a level at which it can compete with flash memory.

Justin Rattner, chief technology officer at Intel, claims that the company “can [use the four states to store data] successfully with a reasonably sized array, and do it at speeds that are commercially viable.”.

Should the research prove viable in a commercial product, we could see the birth of non-volatile storage with the advantages of flash memory but featuring the speed of traditional DRAM chips. If the technology scales, we could even see the death of RAM within a computer and its replacement being an ultra-fast non-volatile storage system.

Imagine a system where you didn't need to read a file from permanent storage into volatile RAM, and one where you lose nothing should a power-cut occur. That's the promise of phase change memory. And it's a promise that many in the industry are excited about. Jim Handy, an analyst at Objective Analysis, claims that “[mobile] handset manufacturers are excited about phase-change memory” simply because it will allow them to ditch the flash and DRAM chips and “replace them with one phase-change memory chip.”

I for one wouldn't mind the idea of non-volatile RAM: it wouldn't matter so much when my laptop runs out of battery again. As with most of these exciting new technologies, it doesn't do to get too excited: we're several years away from seeing the death of flash memory.

Tempted to start saving up now, or do you think that flash memory still has some life left in it yet? Share your thoughts over in the forums. 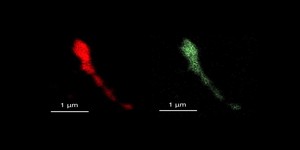 SK Hynix and IBM are to work together on the development of phase-change memory (PCRAM) products.

HP Labs has announced experimental proof of the existence of a building block for electronic circuits dubbed the 'memristor', which could lead to instant-on computing.