Education secretary Michael Gove has declared dissatisfaction with the treatment of computing education in the UK - with ICT often denigrated as 'I Can Type' - in a speech at the educational BETT Show in London this week.

Describing the numerous technological advances of the last few decades, Gove accused education of standing still. 'A Victorian schoolteacher could enter a 21st century classroom and feel completely at home,' he told attendees at the event. 'Whiteboards may have eliminated chalk dust, chairs may have migrated from rows to groups, but a teacher still stands in front of the class, talking, testing and questioning.'

Claiming that such teaching methodology could 'extinct' in ten years, Gove name-dropped such luminaries as computing pioneer Alan Turing, Microsoft founder Bill Gates and Google chair Eric Schmidt while stating that 'we in England have allowed our education system to ignore our great heritage, and we are paying the price for it.

'One area exemplifies, more than any other, the perils of the centre seeking to capture in leaden prose the restless spirit of technological innovation. I refer, of course, to the current ICT curriculum,' Gove continued.

'The best degrees in computer science are among the most rigorous and respected qualifications in the world. They’re based on one of the most formidable intellectual fields – logic and set theory – and prepare students for immensely rewarding careers and world-changing innovations.

'But you’d never know that from the current ICT curriculum.'

To address this issue, Gove claimed that - while the teaching of what is currently known as Information and Communications Technology (ICT) will remain compulsory at all key stages - universities, business and others will be given the opportunity to develop new courses and exams, a move which has been lobbied for by groups such as Computing At School (CAS) for some years.

'Imagine the dramatic change which could be possible in just a few years, once we remove the roadblock of the existing ICT curriculum: instead of children bored out of their minds being taught how to use Word and Excel by bored teachers, we could have 11 year-olds able to write simple 2D computer animations using an MIT tool called Scratch,' Gove enthused. 'By 16, they could have an understanding of formal logic previously covered only in University courses and be writing their own Apps for smartphones.

'This is not an airy promise from an MP – this is the prediction of people like Ian Livingstone who have built world-class companies from computer science.'

Despite being somewhat loose on firm commitments, Gove's speech has been welcomed by many in the industry. Tim Dobson, education spokesperson for the technologically adept Pirate Party UK political group, described the move as 'a great step forward for young people and technology.

'As someone who now works in the technology sector but who suffered from poor ICT tuition at school, I hope that the government is able to deliver on these proposals; it is something that students in the UK deserve, that the economy of the UK will benefit from and something that has been ignored for too long,' Dobson added. 'I have been campaigning for changes like these since 2009, they are very welcome and I am keen to see how they are implemented and developed.'

Gove's plans will find plenty of support in the industry: attendees at the invite-only Educating Programmers summit at Bletchley Park in August last year recommended many of the same changes, with Microsoft's Simon Peyton-Jones stating outright: 'Microsoft is four-square: don't teach Office in schools.'

Are you pleased to see the government taking computing education seriously, or could it be too late for the UK to recover what was once a world-leading position in the technology race? Share your thoughts over in the forums. 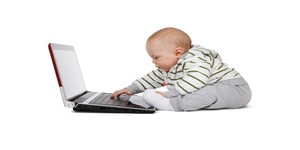 Warns of a technologically-abandoned generation.