Tempted by a move to desktop Linux, but need better support for your day-to-day apps? Tired of waiting for Adobe to pull its finger out and support the rapidly-growing desktop Linux movement? The answer you're looking for may just have arrived, and from an unlikely quarter: Google.

Dan Kegel, a member of Google's software engineering team and the release manager for Wine 1.0, stated that “Photoshop is one of those applications that desktop Linux users are constantly clamoring for, and we're happy to say they work pretty well now.”

Although Wine has had tentative support for older Photoshop versions in the past, the compatibility has never been that great due to the complexity of the application. Although there are native equivalents – the GNU Image Manipulation Program, as an example – none of them quite live up to the expectations of a creative type brought up on Adobe packages. The boost brought about by the Google money has got Photoshop CS and CS2 working nicely under the latest Wine builds, and Dan says support is just going to get better.

Although the latest version, CS3, isn't yet supported the team is working hard at getting that running just as well as its predecessors. And so another hurdle in the long road to Linux being able to compete with the closed-source competition on the desktop is removed.

Does this make desktop Linux more of a possibility in your eyes, or is it still for neckbeards and hippies? Let us know your thoughts over in the forums. 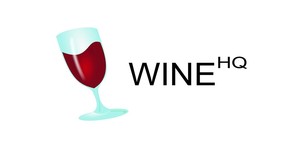