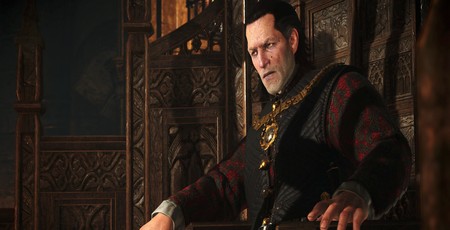 CD Projekt has reported a demand from Andrzej Sapkowski, author of the book series which spawned the company's blockbuster role-playing franchise The Witcher, for £12.4 million - after having signed away the rights to his creation for around £8,000.

First launched in 1993 with the book The Last Wish, Andrzej Sapkowski's Wiedźmin series - translated into English as The Witcher - was a hit in Central and Eastern Europe, but it wasn't until developer CD Projekt released its role-playing game by the same name in 2007 that the series became a smash hit outside the author's home region. For CD Projekt, it was the breakout hit the company had been looking for - and one which cost the company a mere 35,000zł (around £8,000 at the exchange rate of the time) for the exclusive video game rights.

While Sapkowski may have been pleased with that sum at the time, the success of the video game series appears to have left him with severe seller's remorse: He has now sent a demand to CD Projekt Red for additional payments totalling £12.4 million, which the company has indicated it will not be paying - not least of all because the original contract increased the lump sum payout in exchange for not paying any royalties on game sales, Sapkowski having decided that the chances of it making any real money were minimal.

In a lengthy demand for payment (PDF warning), plenipotentiaries acting on Sapkowski's behalf make several arguments explaining why additional payments should be warranted including the claim that any agreement extended only to the first game in the series. It also contains a very clear threat: 'Both we and you are, after all, fully aware of the fact that even going public with a copyright claim may negatively impact the Group’s reputation and further growth. This is particularly true if the claim concerns your core activity and your most important product,' the demand reads. 'We can reasonably expect that the negative consequences of the fact that Mr. Sapkowski has not received his due compensation, and furthermore, that the validity of your copyright contracts has been called into question, may translate into a decrease in stock prices significant enough to exceed the demands formulated in this notice.'

CD Projekt, though, has called Sapkowski's bluff, going public with the demand and explaining why it has no intention of paying. 'In the Company’s opinion the demands expressed in the notice are groundless with regard to their merit as well as the stipulated amount,' a translated copy of the company's statement to investors reads. 'The Company had legitimately and legally acquired copyright to Mr. Andrzej Sapkowski’s work, i.a. insofar as is required for its use in games developed by the Company. All liabilities payable by the Company in association therewith have been properly discharged.

'It is the Company’s will to maintain good relations with authors of works which have inspired CD Projekt Red’s own creations. Consequently, the Board will go to great lengths to ensure amicable resolution of this dispute; however, any such resolution must be respectful of previously expressed intents of both parties, as well as existing contracts.'

The demand comes just ahead of the release of Thronebreaker: The Witcher Tales, a spin-off from the main game franchise based on the in-universe card game Gwent, and a Netflix series based on the books and developed without CD Projekt's involvement.