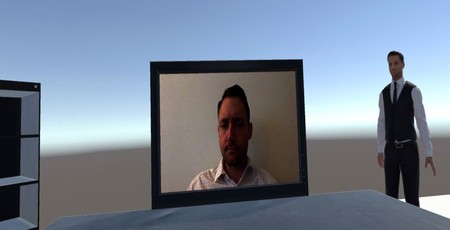 Researchers have definitely proven that experiences in virtual reality (VR) are not directly translatable to actual reality, and they've chosen an interesting way to do it: Analysing whether yawns are as contagious in VR as in the real world.

That the virtual world and the real world are separate should be obvious, but the growing realism of both traditional games and immersive virtual reality games has some wringing their hands over the potential impact playing violent games has on players who are fully immersed in the virtual environment. Those who enjoy such games argue that it has no impact on their violence levels in real life, and now a study may have given that side of the argument some backup - by studying yawning, rather than gaming.

Yawning, researchers are the University of British Columbia and the State University of New York Polytechnic Institute explain, is contagious: Seeing someone yawn in real life has a 30-60 percent chance of triggering a yawn in the viewer, a phenomenon that has been noted in both humans and selected non-human animals. The precise cause of this autonomous mimicry isn't known, but what the initial stages of the researchers' experiment found is that it transfers to virtual reality: Exposing VR users to videos of people yawning had a 38 percent chance of triggering a real yawn, within the admittedly wide margins of real-world studies.

Having seemingly proved that the human brain can be fooled into thinking, unconsciously at least, that the virtual world is real, the team went onto the second stage of the experiment: Inserting an avatar which would watch the player, having noted that in the real world being observed suppresses the contagious yawning reflex. The result: Subjects showed no signs of yawn suppression, suggesting that while their brains were convinced enough to 'catch' a yawn from a VR video they were still unconvinced that any virtual participants were real.

Extending the study still further, the researchers put a real-life person in the room with the VR-immersed subjects: Despite not being able to see or hear this person, but having been told they would be present throughout the test, the subjects showed signs of yawn-suppression - meaning their brains saw the hidden-but-real person as real, but the visible-yet-virtual person as fake.

The research's conclusions extend beyond any arguments there may be about the impact or otherwise of violent games, too. 'People expect VR experiences to mimic actual reality and thus induce similar forms of thought and behaviour,' explains Alan Kingstone, a professor in UBC's department of psychology and the study's senior author. 'This study shows that there's a big separation between being in the real world, and being in a VR world. Using VR to examine how people think and behave in real life may very well lead to conclusions that are fundamentally wrong. This has profound implications for people who hope to use VR to make accurate projections regarding future behaviours. For example, predicting how pedestrians will behave when walking amongst driverless cars, or the decisions that pilots will make in an emergency situation. Experiences in VR may be a poor proxy for real life.'

The study has been published as open access in the journal Scientific Reports. 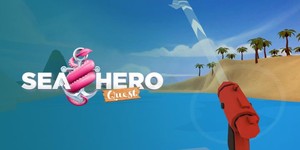