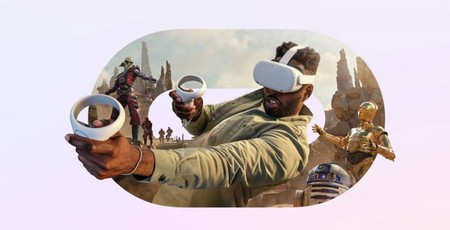 There has been previous chitter chatter about the Oculus Quest 2 getting an update to enable 120Hz display refresh and now the upcoming feature has been confirmed via an official roadmap. When we talk roadmaps, sometimes it concerns things a long way away, but this update is slated to arrive later this month. However, the 120Hz refresh support is flagged as 'experimental' for now, and will only be available to those with developer accounts initially.

As the Oculus Quest 2 is tweaked to provide 120Hz support, the Valve Index supports these higher refresh rates out of the box and Valve is pushing 144Hz in its own developer / experimental mode. Nevertheless, the 120Hz is a worthy goal for the second gen quest which launched with support for 72Hz before a firmware update enabled 90Hz in Q4 last year.

According to the roadmap the March 2021 update will offer 120Hz only in apps that support it. Additionally, it is written that "the feature will happen in two parts: API support for devs, Experimental Settings toggle to enable 120Hz and user being able to toggle 120Hz for supported apps". Oculus has 'medium' confidence in the arrival of this update later in the month, so delays are likely, but the update must hold promise to be worth broadcasting via the roadmap and thus alerting enthusiasts of the potentially smoother experience.

Remember the Oculus Quest 2 is a much cheaper proposition (US$299) than the Valve Index ($999) even though it offers both standalone wireless (Snapdragon XR2 SoC powered) and wired Oculus-Link experiences. It is probable that the faster refresh rates when used will have an impact on the Quest's battery life.

If you have an Oculus Quest 2 please share your thoughts on this upcoming update.