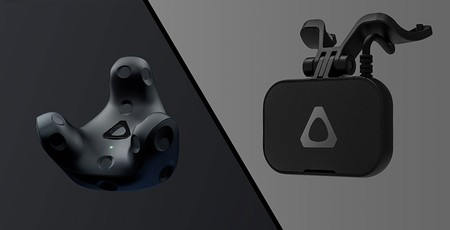 The HTC Vive Tracker 3.0 (€139 / $129) enables users to track movement and bring objects from the real world into the virtual universe. HTC says that it can "capture full-body movement with pinpoint accuracy," to take your VR to a new level. As touched upon in the intro the latest iteration of this tracker brings lots of intergenerational benefits such as:

HTC's Vive Facial Tracker (€139 / $129) will allow developers to accurately reproduce the lower facial area in real time in VR. This device features a dual camera solution with 60Hz tracking rate and low 6ms latency, plus an IR illuminator for low-light environments. Users mount this device to the front of the Vive Pro HMD, and it is ready to use. The Vive Facial Tracker can be considered as a companion to the Pro Eye system but with much improved facial tracking for those who wish to use this feature. It seamlessly tracks 38 facial movements across the lips, jaw, teeth, tongue, chin, and cheeks.

Both the above VR accessories are "coming soon".