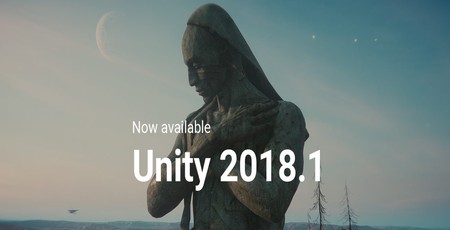 The Unity game engine has received the first update in what its creators describe as a 'new cycle that introduces a major upgrade to [its] core technology', though with the proviso that many of its changes are currently in preview status.

Unity 2018.1, named for the fact that it's the first engine update to be released in 2018, brings with it previews of new rendering modes designed to increase performance, quality, and flexibility: The Scriptable Render Pipeline (SRP), the High Definition Render Pipeline (HD RP), and the Lightweight Render Pipeline (LW RP). Each, as its name implies, has a particular focus.

The Scriptable Render Pipeline is, perhaps, the most interesting of the three new render modes. Using the SRP, the company explains, developers can customise the rendering pipeline using C# code and material shaders - offering, it claims, 'maximum control without all the complexity and challenges of writing or modifying a complete C++ rendering pipeline'. Under the SRP, Unity is said to be 'going from a black-box model to one where most things are in C#, a more open system where users can write their own pipelines or customise templates for their needs'.

For those who prefer something closer to plug-and-play, the new High Definition Render Pipeline brings support for improved visual fidelity over Unity's existing rendering pipelines. Described by the company as a hybrid tile-cluster forward-deferred renderer, which sits somewhere between the engine's Forward and Deferred Render Pipelines in terms of features, the HD RP includes volumetric lighting, unified lighting, new light shapes, and decals - though, the company warns, requires a powerful target system and supports a limited set of platforms in DirectX 11, PlayStation 4, Xbox One, Apple's Metal API, and the Khronos Group's Vulkan.

Finally, the Lightweight Render Pipeline is a new single-pass forward renderer designed to reduce the number of draw calls required by a given scene. Described as 'an ideal solution for mobile and performance-hungry applications like XR [augmented or virtual reality],' the renderer requires specifically-written shaders - of which the preview release includes a default set, while unlit stock shaders are already compatible.

As well as the three new pipelines, Unity 2018.1 includes a new template system, heavier reliance on the Unity Package Manager system introduced last year, a preview of a new Shader Graph system which allows non-programmers to develop shaders using a visual design tool, a progressive lightmapper, version two of the Unity Post-Processing Stack, support for dynamic resolution control on the PlayStation 4, support for tessellation when using Apple's Metal API, multi-threaded two-dimensional physics on the CPU, a preview animation system, GPU mesh instancing for the particle system, a new C# Job System which allows developers to better harness the power of multi- and many-core processors, and numerous other tweaks and enhancements.

Full details on the changes in Unity 2018.1 are available on the official blog. 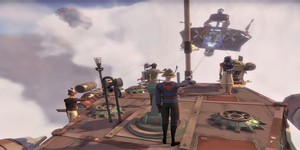 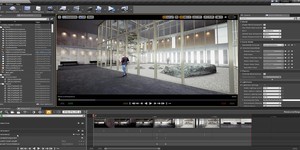