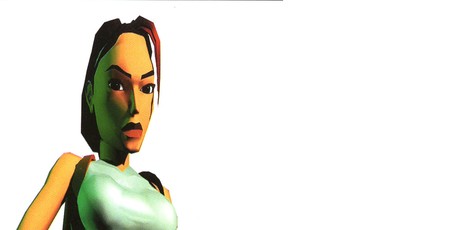 Realtech VR, a Montreal-based company which has until now largely concentrated on mobile games and apps for Apple's iOS-based devices, has withdrawn an announcement that it was developing remastered versions of the original Tomb Raider games - after the rights holder stepped forward.

Launched in 1996, third-person adventure-'em-up Tomb Raider provided a smash hit for creator Core Design and a major selling point for Sony's PlayStation console. Eight years and eight releases later, though, and things were getting a little stale: Rights holder Eidos Interactive transferred development from Core Design to Crystal Dynamics following a poor reception for The Angel of Darkness, and that company has been looking after the franchise ever since.

The announcement earlier this month that little-known mobile-app developer Realtech VR was working on remasters of the first three games in the series, then, came as a surprise to all - including, it turns out, Crystal Dynamics, which has put the kibosh on Realteach VR's plan. 'While we always welcome passion and excitement for the Tomb Raider franchise, the remasters in question were initiated and advertised without seeking approval,' the company explained in a statement to press this week. 'As such, they were never officially sanctioned. Ensuring fans receive high quality gaming experiences is at the heart of our mission as a company, which requires all projects to go through proper channels. We are thrilled about the future of Tomb Raider, and cannot thank fans enough for their continued support and excitement for the brand.'

'After this episode, we are refocusing on new projects involving Augmented Reality on iOS and VR on PC,' Realtech VR announced in a snippy follow-up statement posted to Twitter. 'We are not more committed on third party license anymore [sic].'

Oddly, Realtech VR claims it was 'already working for them [Crystal Dynamics]', but does not explain why it thought it had the rights to remaster the original trilogy nor why those rights have now been revoked.