According to a new study released by the University of Oxford simple videogames like Tetris can be used as an effective treatment for PTSD, or Post-traumatic Stress Disorders.

The latest study from Oxford's department of psychiatry began by taking a group of individuals and exposing them to a twelve minute clip of extremely violent and disturbing images, presumably with their consent. The experimenters then gave individuals a 30 minute break (this is post-traumatic stress after all) and then split the subjects/victims into two groups. While one group was told to sit in silence, the second group was allowed to play gameboy classic Tetris for ten minutes.

According to The Guardian researchers found that those who had played Tetris had significantly fewer flashbacks to the events over the following days, according to diaries kept by the participants.

From this result researchers are inferring that Tetris could be used as a 'cognitive vaccine' in cases where PTSD is a likely outcome after an event; see something scary and play Tetris to avoid having nightmares.

The findings themselves correlate well with existing theories that visual distractions in the period following stress are an excellent way to treat repeating mental traumas.

All we can say is that, like the writers for The Guardian, we're glad we didn't take part in the tests. The images used were apparently quite graphics and resulted in "serious and immediate mood deterioration for all participants".

And no, playing Grand Theft Auto IV after a stressful event probably wouldn't have the same effect. Pass on your thoughts in the forums. 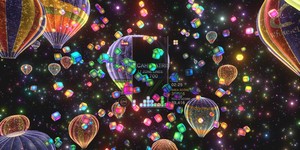 Microsoft has released the results of a study into medical related web searches, and discovers a large proportion of people suffering from 'cyberchondria'.

A new study indicates that playing violent games can affect your heart rate long after you finish playing.