Sega is developing films, TV shows and web series based on a selection of its classic arcade games through Stories International, its production division.

Games up for the production treatment include Megadrive era classics Altered Beast, Golden Axe, Streets of Rage, Rise of Nightmares and Shinobi as well as Virtua Fighter and Crazy Taxi. Initial comments suggest that these will be a mix of live action and animated shows.

Stories International is managing these projects and looking to partner with mainstream producers and film-makers to bring them to life.

Stories International has control of approximately 40 of Sega’s IPs and therefore has a wide range of franchises to work with.

To get the projects off the ground, Sega has placed former Break Media executive editor Evan Cholfin into the role of head of development and production at Stories International.

Sega has shopped its IP out for TV and film adaptations before, most consistently with Sonic the Hedgehog, which has seen numerous animated series with the most recent iteration being Sonic Boom. Arcade zombie shooter House of the Dead has also been transformed into a film directed by the infamous Uwe Boll.

A lot of video game properties get optioned for films and reports often circulate of a studio attempting to translate a franchise on to the silver screen. Most recently, the rights to make a Minecraft film were picked up by Warner Bros, although the project has recently lost Shawn Levy as its director.

A long awaited film based on World of Warcraft is also reportedly nearing completion, with teaser images and conept art being revealed in 2013. Its release date is currently set for 2016, ten years after the project was announced in 2006. 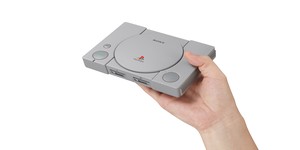 Two US and one UK company get cash.