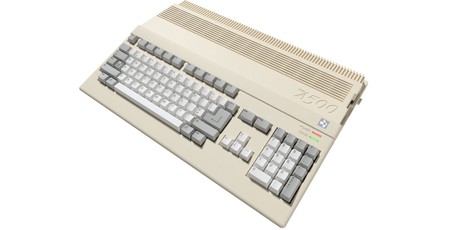 The Commodore Amiga was one of the most popular home computers of the late 80s, and the early 90s. However, things went a bit awry for this Motorola 680X0 platform and Commodore as accelerated 3D gaming took off on Pentium PCs, and content creation flourished on PowerPC Macs. Nevertheless, folk have a lot of love for the Amiga, and during the '16-bit era' it was where the PC is now - with a broader, deeper games library than anything on the consoles, as well as a thriving PD/shareware scene.

The mini-console trend was firmly established a few years ago with efforts from Nintendo (NES, SNES) and Sega (Master System, MegaDrive) being particularly popular, probably more so than the licensed mini Sony and NeoGeo consoles. We have also seen a previous Commodore system getting the mini treatment – the C64 Mini. From the same people, Retro Games Ltd, we are now going to see TheA500 Mini be released. 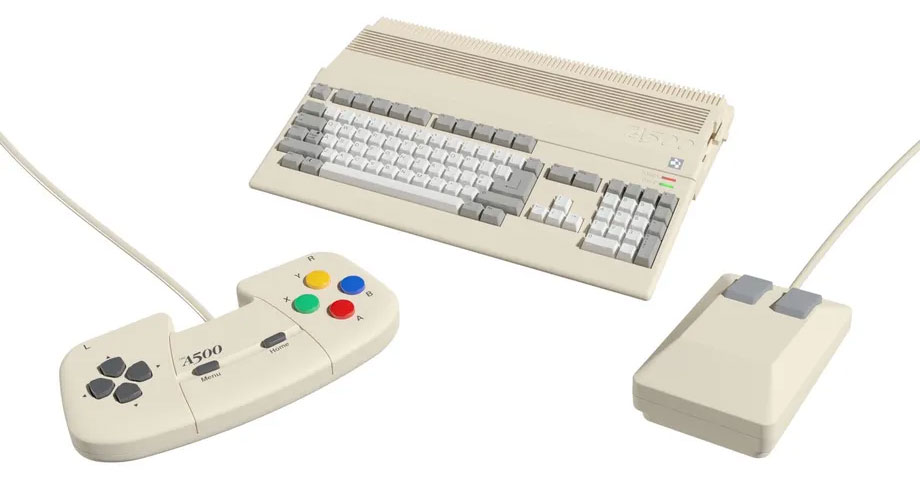 Despite the name and the styling (a shrunken classic A500), this mini console is said to perfectly emulate newer Amigas with the ECS chipset (A500Plus, A600) and AGA chipset (A1200, CD32). At the time of writing, the console maker hasn't revealed the hardware inside, and that revelation might be left up to modders, post-release. However, we do have some interesting specs that are worth a look through and illustrate the modern changed implemented similarly to previous mini consoles. For clarity, I have bullet-pointed the known specs below:

At this preliminary stage, hardware launch is scheduled for "early 2022", Retro Games has revealed 12 of the 25 games that will come pre-loaded. However, the device maker isn't pussy footing around and making enthusiasts anxious about the games list, as up-front it admits the USB side loading feature will be ready and willing from day one.

"Alien Breed 3D, Another World, ATR: All Terrain Racing, Battle Chess, Cadaver, Kick Off 2, Pinball Dreams, Simon The Sorcerer, Speedball 2: Brutal Deluxe, The Chaos Engine, Worms: The Director's Cut, Zool: Ninja Of The ''Nth'' Dimension," are the first 12 games revealed.  "Additional games will be announced at a later date," adds Retro Games, which seems to have a close relationship with Team17.