Sir Clive Sinclair, creator of the ZX Spectrum, has died 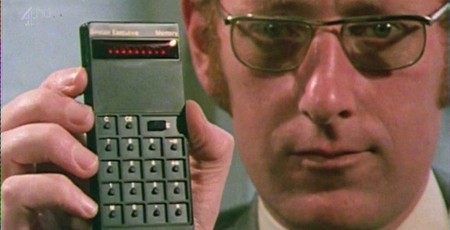 Sir Clive Sinclair, a name closely entwined with the first home computing boom of the early 80s, has died at the age of 81. The inventor died at home in London, and despite suffering with cancer for over a decade, was still working on new inventions last week, according to his daughter.

Sir Clive was probably best known as the father of the ZX Spectrum 8-bit home computer, which launched in 1982. This computer was based upon a Z80 processor, like the earlier ZX80 (1980) and ZX81 (1981) but added a much larger amount of RAM as standard, colour graphics and sound, while keeping the price low enough to be affordable to many families. I got the 48k model for Xmas in 1982 or '83. Before his home computing pioneering fame, which earned him a knighthood for services to British industry in 1983, Sir Clive was behind other important electronics product breakthroughs. For example, in 1972 he produced the world's first pocket calculator, the Sinclair Executive, under the Sinclair Radionics brand. He also pioneered a mass market digital watch, and pocket TV devices.

However, this prolific inventor didn't always strike gold. To replace the Spectrum, Sinclair developed the Sinclair QL (Quantum Leap) which, advanced for the time, didn't gain mass market appeal or become significantly popular with its intended 'pro' audience. In 1985 that miss-step was followed by probably a much bigger one, with the launch into electric vehicles with the Sinclair C5. The financial impacts would lead to Sinclair selling his company to up and coming Amstrad for £5 million in 1986. The boom in home computing in the early 80s was probably more important to where we are now in computing and gaming than the second wave in the 90s, or the rise to eminence of the Windows PC/laptop in the late 90s/noughties. So many modern tech giants and major developers were inspired by the likes of the ZX80/1 and ZX Spectrum machines. If you head on over to social media sites like Twitter now, you will see Sir Clive Sinclair tributes from the likes of Satya Nadella, Elon Musk and Simon Segars, among the throng of lesser-known sad geeks.